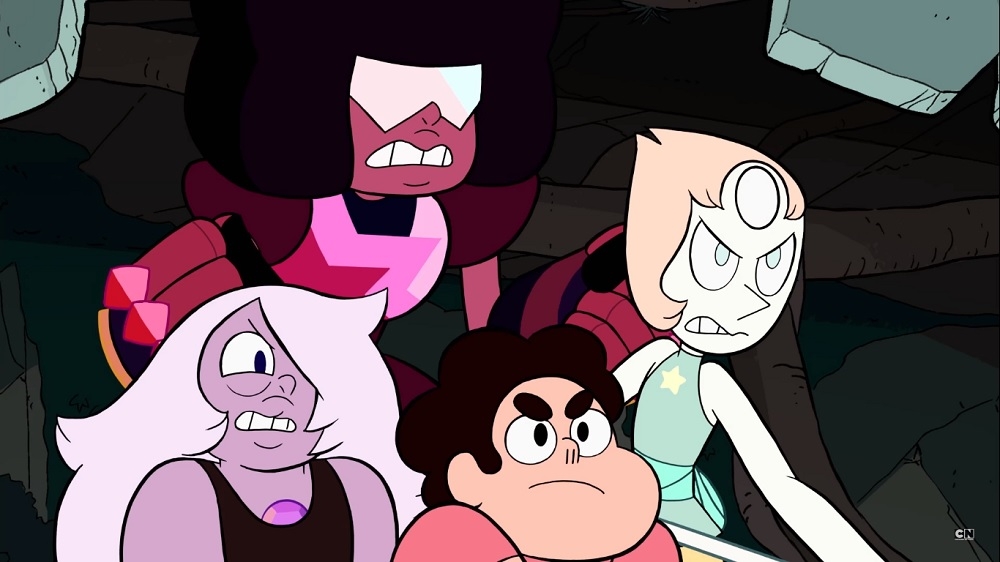 Still from an official

“Steven Universe” season 5 episode 27 will serve as the animated series’ 2018 closing installment. And it could not be any more perfect as Steven is planning to throw a huge party where everyone -- including White Diamond -- is invited.

It is interesting that Steven is looking forward to throwing a party in “Steven Universe” season 5 episode 27. His main goal is to bring his family together, especially Yellow, Blue, and White Diamond.

Teasers for “Steven Universe” season 5 episode 27 are quite scarce. The official synopsis only mentions Steven throwing a big party hoping that he can unite everyone. However, in the brief video preview, Yellow and Blue Diamond do not seem impressed that Steven wants his friends to come to the ball as well.

It can be recalled that prior to “Steven Universe” season 5 episode 27 Pearl explained to Steven what Pink Diamond’s main purpose in the Gem Homeworld used to be. Yellow Diamond is busy overseeing the gem production in her colonies while Blue Diamond also has her own “colony stuff” to worry about.

Meanwhile, Steven made it obvious that one of the biggest reasons he wants to throw a party in “Steven Universe” season 5 episode 27 is to get a chance to talk to White Diamond again about saving the corrupted Gems. But the ball will mean more than that as Garnet, Connie, and Amethyst were reunited with Steven and he vowed to make sure everyone in the Homeworld attends the party.

As mentioned, Yellow and Blue Diamond do not seem to like the idea that Steven’s Crytal Gems friends are joining the ball in “Steven Universe” season 5 episode 27. Steven appeals to Blue Diamond whose expression suggests she will later agree to Steven’s request.

“Steven Universe” season 5 episode 27 is titled “Together Alone.” It is part of the five-episode “Diamond Days” event airing on Monday, Dec. 31, at 7:30 p.m. ET by Cartoon Network.