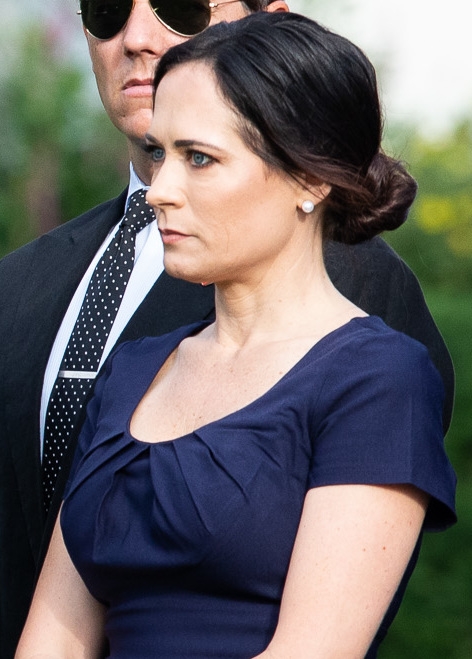 Stephanie Grisham stepped down from her post as White House press secretary on Tuesday, April 7. Grisham is still part of the communications team as she is now Melania Trump’s chief of staff and spokesperson, according to CNN.

Grisham, the 30th White House press secretary, left the job without having held a single press briefing. She replaced Sarah Sanders who left the post on July 1, 2019.

“I am excited to welcome Stephanie back to the team in this new role,” First Lady Melania Trump said, according to a White House post. “She has been a mainstay and true leader in the Administration from even before day one, and I know she will excel as Chief of Staff. I appreciate all that Lindsay Reynolds did over the past three years, and wish her well in her future endeavors.”

“I continue to be honored to serve both the President and First Lady in the Administration,” Grisham said. “My replacements will be announced in the coming days and I will stay in the West Wing to help with a smooth transition for as long as needed.”

Initially, Grisham planned to hold daily press briefings, a practice that was abandoned by the previous press secretary Sarah Sanders. However, her plan did not materialized, which she explained as under the President’s direction.

Grisham made a name for herself as Melania Trump’s communications director. Her role was to “thwart as much as possible the criticism levied at the first lady on topics.”