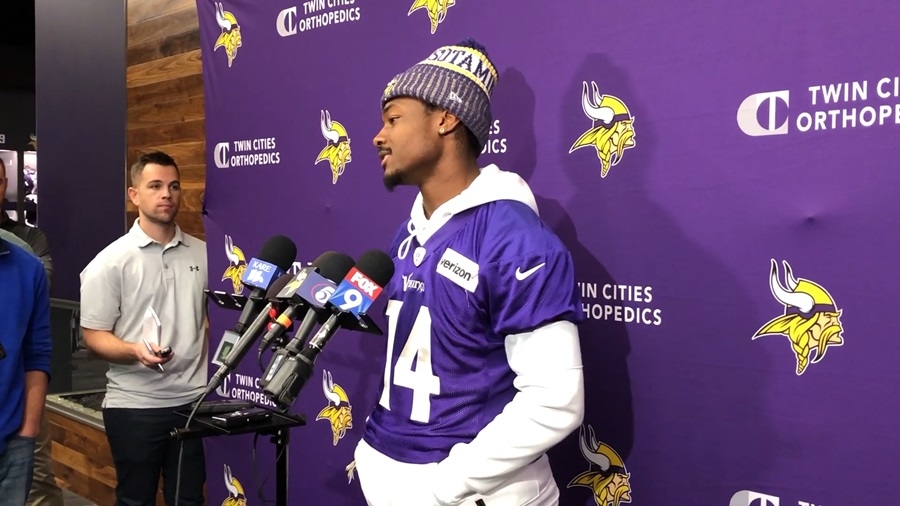 Photo via Screenshot of Zone Coverage/Youtube

Stefon Diggs has been the subject of trade rumors in recent weeks after the Minnesota Vikings took a beating from the Chicago Bears. While everyone on the team was frustrated about the defeat, the 25-year-old took things a lot further, opting to skip a meeting and failing to turn up during practice.

Stefon Diggs said that the reason behind his absence was due to him suffering a cold. However, since he didn’t contact the team with a simple text message, the Vikings opted to punish the wide receiver a hefty $200,000 fine.

While everything was poised to spiral out of control, both parties appeared to have rallied as the Vikings managed to snatch a win against the Giants this Sunday, walking away with a 28-10 victory. Stefon Diggs himself contributed to the win, catching three passes for 44 yards.

Following the win, the young athlete spoke about the aforementioned tension to clarify the matter. “I never said I was unhappy or uncomfortable with my role. I said I wanted to win, that was what my frustrations were, and that's where it kind of got misconstrued last week,” Stefon Diggs said.

One of the major reasons behind the Vikings’ struggling offense can be levied on Kirk Cousins’ shoulders. The quarterback has been finding difficulty in getting in his rhythm in recent weeks but managed to get himself in order during the Giants match. He put up 81.5 percent passing rate on 306 yards with two touchdowns, all of which landing on a season-high note for the struggling quarterback. Stefon Diggs, of course, is happy about the win, and victory appeared to have healed some of the rifts that formed following the Bears match.

However, this doesn’t mean that the Vikings are out of the woods just yet. In fact, the team still has a long way to go to make up for its recent losses coming into the season, TheVikingAge reported. If the Vikings slipped again, there’s no telling if Stefon Diggs will show his frustration in the same fashion. It seems that what the team truly needs is a strong beacon that would rally them should another storm rears its ugly head on the horizon. If not, then the narrative about Diggs getting traded will likely make a comeback.