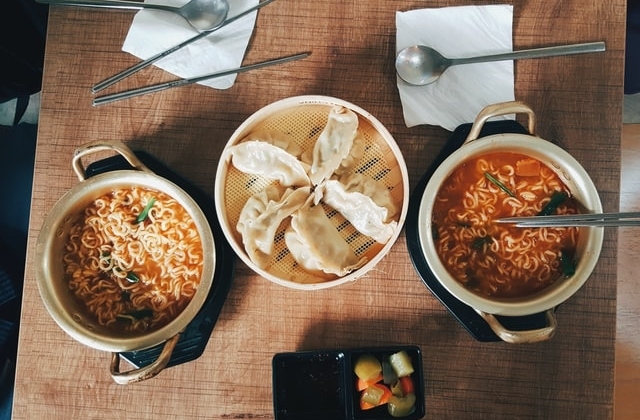 South Korea is a country where instant noodles are very much loved by its citizens. In fact, there is no home in the country that does not have even a pack of instant noodles that they called “ramyeon.”

New record for the export of Korean instant noodles

Now, Yonhap News Agency reported that the South Korean instant noodles are also gaining a lot of love from overseas. In fact, the exports of this food staple in Korean homes have reached an all-time high record.

The new record for the export of instant noodles was achieved in the first half of this year. Even if the world is in the midst of battling the COVID-19 pandemic, data showed that exports have surged to an amazing number.

It was reported that South Korea was able to export around $319.68 million worth of instant noodles from January to June of this year. This is said to show an increase of 5.8 percent compared to the previous year. In 2020, the record for the same period was said to be only $302.08.

The new data about the export of instant noodles were collected from the Korea Customs Service. It was mentioned that the largest orders for the Korean ramyeon packs came from China.

In any case, the popularity of the instant noodles from the Korean company brands was attributed to the popularity of Kpop and K-dramas, where people from around the globe constantly see the characters cooking and eating ramyeons. Instant food has also become popular as most people are now staying at home.

After China, the next biggest export was in the U.S. with $37.3 million worth of orders, and this was followed by Japan with $33 million. Taiwan and the Philippines follow next with $16.21 and $12.05 million worth, respectively.

Korean food exports break the record during the pandemic

Meanwhile, aside from instant noodles, many South Korean foods have also become popular abroad. Thus, exports of other items have also increased.

In May, The Korea Herald reported that shipments overseas have reached an all-time high of $4.28 billion in 2020 while it was only $3.73 billion in 2019. Most items being exported include alcoholic beverages, kimchi, drinks, Korean sauces, and ready-to-cook tteokbokki and fish cakes.