South Africa's ANC dips below 50%. But opposition parties fail to pick up the slack 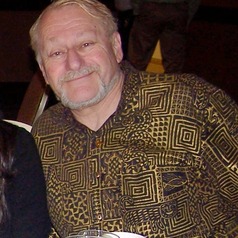 South Africa’s 2021 local government elections were momentous. They mark the first time that the now ruling party and erstwhile liberation movement, the African National Congress (ANC), slipped below the 50% milestone of the vote.

Overall, the parties retained their positions relative to one another. The largest was the ANC; in second place the official opposition the Democratic Alliance (DA) followed by the Economic Freedom Fighters (EFF), the Inkatha Freedom Party (IFP) and the Freedom Front Plus (FF+).

The results raise the real possibility that the ANC could be looking at another defeat in the 2024 general elections. This is despite the fact that opposition parties usually do best in municipal elections and the ANC does best during general elections.

The poll pointed to a steep decline in voter interest. It was the lowest percentage poll ever in South Africa’s democratic epoch. This indicates that some citizens feel alienated from the political elite regardless of party, and sceptical of the ability of any incoming municipal government to deliver.

It is ironic that ANC supporters punished Cyril Ramaphosa given that he’s the ANC leader who has done most to purge kleptocrats from the party and the government, and appoint new, ethical prosecutors to bring the corrupt to trial.

But the voters clearly want to first see the results of this before voting for the ANC again.

Overall, South Africa will from now on share the situation of other countries with proportional representation electoral systems – coalitions galore – unlike two party systems such as the UK and US.

The fate of the Democratic Alliance

Why did the Democratic Alliance (DA) get a lower vote?

One reason is that the Freedom Front Plus, a conservative, Afrikaner party, is winning over Afrikaner voters from the DA. It might also be that ActionSA, the new party of Herman Mashaba (the former Free Market Foundation chair, and former DA mayor of Johannesburg), vacuumed up many of the DA’s black voters in Soweto, the country’s largest black urban area.

Then, there are various mixed messages. For example, during the 2019 election, DA activists were canvassing voters with the argument that “if you vote for the ANC they will form a coalition with the EFF”.

Yet, the DA itself was simultaneously in effective coalitions with the EFF – the self-styled “radical and militant” party whose revolutionary views the DA is diametrically opposed to – in Johannesburg and Tshwane metropoles.

Another is the gap between the DA’s election slogan that it’s the party that “gets things done” and reality. For example, the DA, which has run Cape Town since 2006, has failed in a number of areas. One of these is in controlling pollution.

Cape Town’s well-heeled lake-front property owners around the Rietvlei-Milnerton Lagoon, Zeekoeivlei and Zandvlei dare not dip a toe into those lakes due to sewage contamination. Businesses and lodges that focus on water sports are shuttered.

The DA’s Cape Town metro government has failed over the years to launch the needed doubling of sewage treatment plants. Instead, it took the illiberal step of suddenly demanding that ratepayers who asked for the E. coli measurements be denied them unless they signed a non-disclosure contract. E. coli in water can cause severe illness.

Another feature of the election was that local parties in some regions sustained a resilient presence over decades against the big national parties. An example was the Advisieskantoor (Advice Office) in the ostrich ranching and tourist town of Oudtshoorn.

One consequence of the showing by smaller parties at local level is that there are likely to be hung councils. Even prior to the most recent poll Oudtshoorn had a year without any functioning council.

There were some other developments worth noting.

The more splintered outcome of the poll means that there are likely to be many more coalitions that will need to be formed. But these will only last if enforced by the national executives of the parties concerned. Written treaties are not infallible – the DA and United Democratic Movement had that in Nelson Mandela Bay since the previous local election in 2016 – but will certainly minimise breakups.

Right now, the national executives of both the ANC and DA will be debating tough judgement calls. If they form municipal coalitions with each other, will this alienate voters to whom each marketed their party as a bulwark against the other? Also, in five years’ time, can each persuade their followers that successes were only due to them, and failures due only to their coalition partners? These hard choices will be paramount in Johannesburg, Tshwane and Nelson Mandela Bay.

Looking more broadly at the way in which the election was run, there were clear signs that cutting the budget of the electoral commission by R118 million was a false economy. Elections are priceless in democracies. More thorough training, and hiring ethical and experienced election veterans, will be indispensable to the legitimacy of the coming 2024 general election.