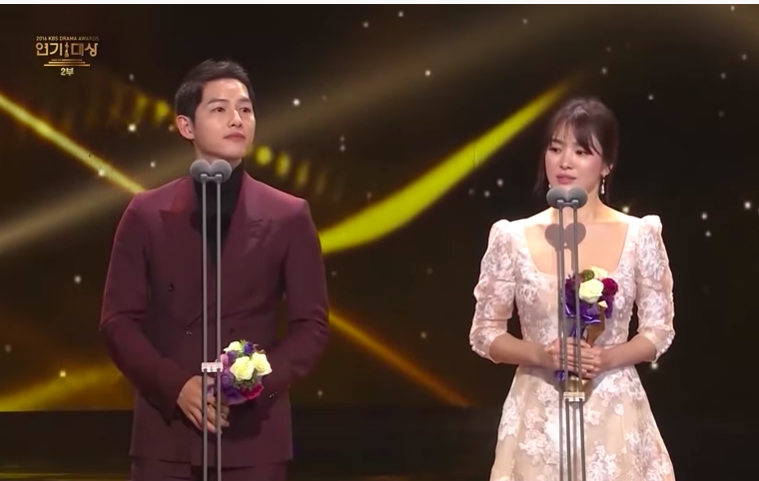 Song Joong ki and Song Hye’s divorce was finalized in July but long before the actor filed for divorce, his ex-wife and his family may have already hinted that their marriage is over. For instance, prior to the announcement of the split in June, it was already reported that the “Arthdal Chronicles” actor has been losing hair.

Photos of the “balding” Joong Ki surfaced after his divorce news came out. The pictures were only released after the couple called it quits so many believed it caused by the stress of the separation but South China Morning Post reported that this might not be the case as the actor may have started losing his hair even before he went to the court to file for divorce. Thus, this only suggests that their marriage was already going downhill for months prior to the split.

Today Online reported that Song Joong Ki’s brother, Song Seung Ki, posted a cryptic message on his Instagram. It was actually a Chinese idiom that when translated, means “to cover up.” Apparently, he may be saying that Song Hye Kyo and her management agency are trying to hide the truth about the couple’s souring relationship that led ultimately to the divorce.

Netizens were left wondering if the post had anything to do with Hye Kyo, with some fans even suspecting that Seung Ki is implying that Hye Kyo and her management are trying to hide the truth behind the divorce.

Finally, the third telling sign that Song Joong Ki and Song Hye Kyo’s marriage is in trouble was when it was reported that the actress rarely or never attend her husband’s family’s events. This means to say that she never goes to the family’s important occasions such as birthdays, weddings and even funerals. The Koreans are known to put emphasis on the importance of family so the actress’ attitude can be considered as offending.

Rather, Song Hye Kyo was often seen with her friends whenever there are major occasions of holidays. Obviously, this is a big clue that the actress and Song Joong Ki have called it quits already.