Song Joong Ki, Song Hye Kyo 2019: Is the Couple Expecting? What Are They Up To Now? 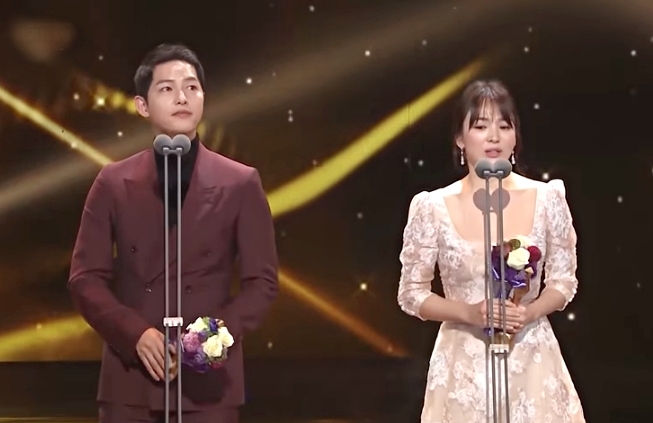 Song Joong Ki and Song Hye Kyo tied the knot in 2017 so it is expected that they will get pregnant after a few months. However, it seems that this is not the case, as the power couple has no baby yet until now. But after more than a year, are they not pregnant yet?

Song Hye Kyo just completed her drama opposite Park Bo Gum so it is clear that she is not carrying a child. Her comeback drama after her marriage to Song Joong Ki achieved huge success and it was said that she has a new movie coming up as well. Then again, while the film is not confirmed yet, she may be taking a break after “Encounter.”

As for Song Joong Ki, his period drama has yet to air on TVN. There is no announcement yet about its release date but it may come in the first half of 2019. The actor’s new drama is called “Asadal Chronicles” and it will be an exciting fantasy program.

There were rumors that Song Joong Ki has been tapped to lead the cast of “Train to Busan 2” but according to EconoTimes, the writer of the film is not finish with the script yet so the sequel’s filming may take a while to begin. With lots of time, it was said that the cast may still change.

Meanwhile, Song Joong Ki and Song Hye Kyo are definitely busy with their work but with the latter on a short break, perhaps they will be able to find time for their next honeymoon and have a baby soon. Fans will like it now because are rooting for them to begin their family since they are not getting younger anymore.