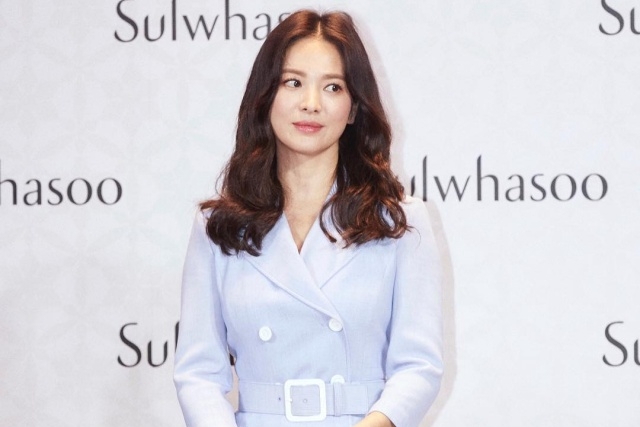 Song Hye Kyo and Song Joong Ki’s divorce was approved in July, making them officially single individuals again. Since their separation was announced, the actress continued to carry out her schedules and activities overseas but not in her home country.

This means to say that since her split from Joong Ki, she has not appeared in any events in South Korea. And this month, Hye Kyo was supposed to make her first public appearance post-divorce finally. She was to attend a photo event for a jewelry event that she is endorsing, but sadly it was canceled.

The “Descendants of the Sun” actress canceled her schedule that was supposed to take place in a mall. She was set to appear on Oct. 17 but due to the news of f(x) member Sulli’s death, Song Hye Kyo decided to postpone her schedule as a sign of respect and condolences to the former idol and her family.

"Song Hye Gyo and her representatives canceled her appearance after discussion,” Allkpop quoted the brand’s rep as saying in a statement. “The sad news of Sulli's passing has led to her canceling all appearances to express her condolences."

The battle against malicious comments

Meanwhile, following Sulli’s death due to depression that pushed her to commit suicide, the development in Song Hye Kyo’s malicious comments case against some netizens has been reported. With the idol’s passing, it was timely when it was announced that the actress’ case was already forwarded to the prosecution.

Yonhap News reported that on Oct. 15, the officials at the Bundang Police Station shared that two netizens are being charged in the case that was already forwarded to the prosecutor’s office with the recommendation for indictment for violating the Act on Promotion of Information and Communications Network Utilization and Information Protection. Mainly, this is about the false stories that the two have spread online.

Moreover, one of the culprits was charged form defamation when she wrote a false story in June. It accused the actress of having a sponsor who is based in China and alleged that this is the reason why Song Joong Ki filed for divorce in June. finally, the complaint filed also includes 15 websites and 13 people in all.