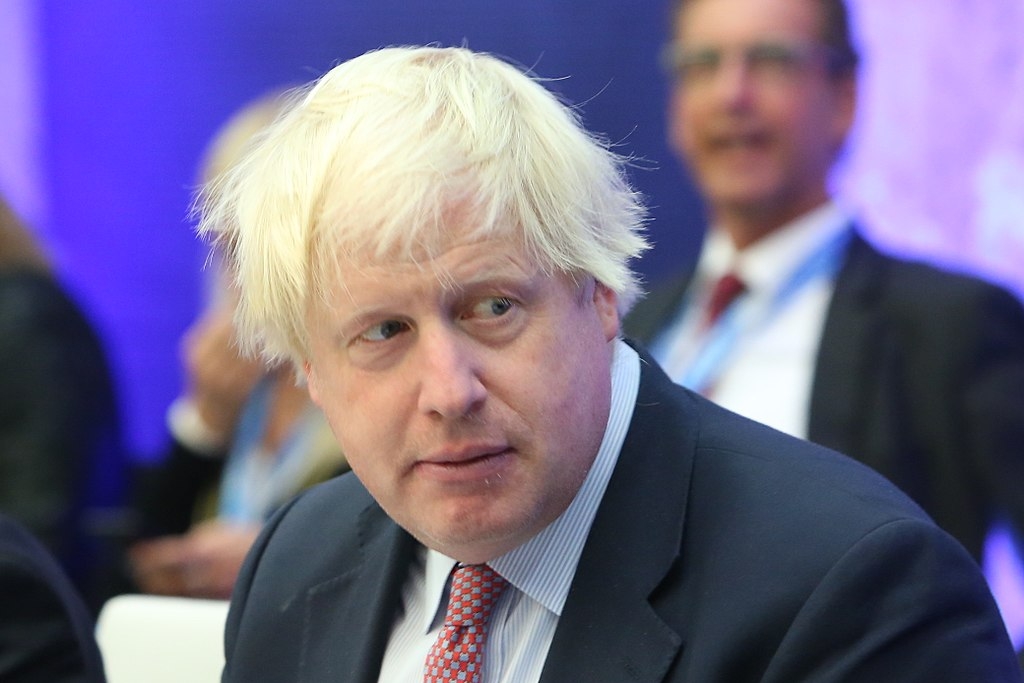 The COVID-19 pandemic has seriously disrupted the UK economy and major increases in unemployment are already occurring. It has already been reported that 649,000 jobs have disappeared during the lockdown.

If history tells us anything, it’s that a significant surge in unemployment could cost Boris Johnson significant voter support – and even the next election.

The figure displays government voting intentions up to a ceiling of 50%, but occasionally it has been higher than that, for example, when Tony Blair’s government achieved 60% just after Labour’s landslide victory in the 1997 general election. But since no governing party has won more than 50% of the vote in elections since the second world war, we examine a feasible range of possibilities. 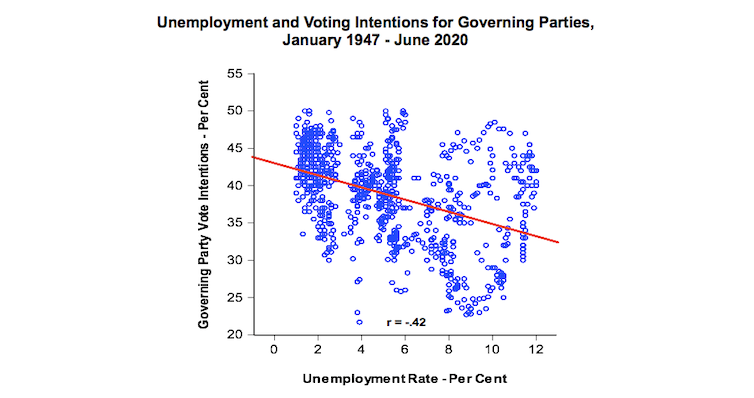 What history tells us. Author provided

The polls are widely scattered, but there is nonetheless a sizeable and highly statistically significant correlation between the two measures of -0.42 (on a scale ranging from 0 to +/-1.0). As the red summary (fitted values) line shows, this means that when unemployment rises, public support for the governing party falls.

This long-run historical relationship is important because the UK is about to see unemployment rise to levels not seen for a generation. In the December 2019 election, the Conservatives won nearly 44% of the vote when UK unemployment was 3.9%. At that time, the rate of joblessness had been falling for six years, and this created a quite benign economic environment for an incumbent party to fight an election.

To be fair, it is very unusual for unemployment to increase by that amount in a single month. In normal times joblessness is subject to a lot of inertia. That said, the number of people claiming unemployment benefits increased by more than half a million in May this year to a total of 2.8 million people. As the COVID-19 crisis became increasingly serious between March and May, the claimant count grew by 1.6 million. That is an unprecedented jump in joblessness over the entire period since the end of the second world war.

Until now, rising unemployment has not had much an impact on support for the government. A Deltapoll conducted in early July put the Conservatives on 44%, which is almost exactly what they received in the general election last December. The big news is that Labour is now on 38%, having taken only a 32% vote share in the election.

These poll numbers show that the well-established relationship between unemployment and government support has not yet kicked in, but there are good reasons why this is the case. The first is that the COVID-19 pandemic is an unprecedented event by any standards and most voters understand this fact. Moreover, there was considerable public support for locking down the economy, which of course has led to massive numbers of people losing their jobs. The government clearly cannot be blamed for this state of affairs.

The second is that the government has provided unprecedented largesse in supporting jobs with the furlough scheme. This has been popular and thus far has prevented unemployment from getting even worse.

The problem will come, however, when the immediate impact of the COVID-19 crisis starts to fade as people return to a semblance of their normal lives and, above all, when the furlough scheme comes to an end in October. This is when the true political costs of the jobs crisis will start to be felt. If so, eventually we are likely to return to the normal relationship between unemployment and support for the governing party.

Given this, let’s suppose that unemployment reaches 12% within the next year or two – something which actually happened in early 1984 as a result of Margaret Thatcher’s austerity policies. The chart above suggests that this rate of joblessness would put governing party voting intentions at between 32% and 33%. This estimate is, of course, subject to considerable uncertainty, but with Labour now moving up in the polls this could easily sink the government in the 2024 election.

The next general election is a long way off, but history tells us that large increases in unemployment will make life difficult for Johnson in the months ahead.