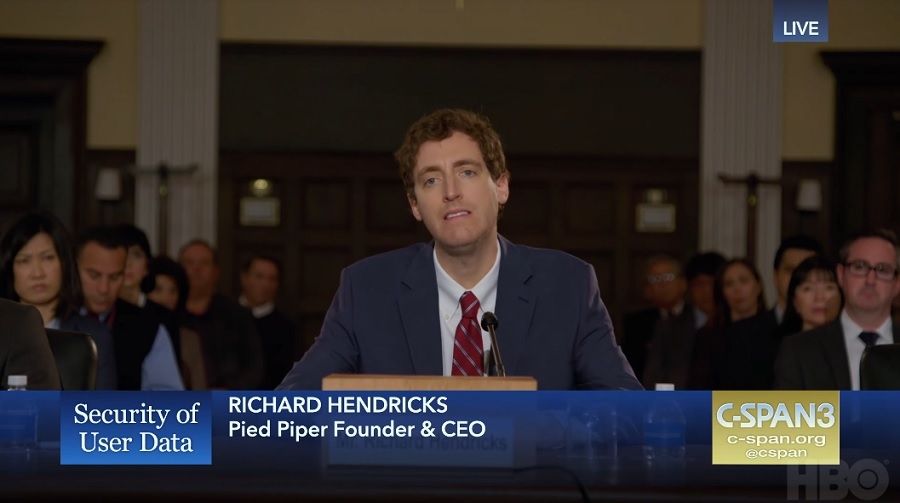 The trailer for "Silicon Valley" season 6 is out, and it hilariously captures one of the biggest events in the tech world this year. Fans might see some uncanny similarities to the time Facebook founder Mark Zuckerberg was asked to testify on Capitol Hill.

Tech fans who have been following the news on the allegedly misappropriate use of personal data by Cambridge Analytica through Facebook, have many words to describe Zuckerberg's Congress hearing. But the one that keeps coming up in earlier reports was "awkward." Of course, "Silicon Valley" season 6 will double down on that.

Richard is apparently called in the Congress in "Silicon Valley" season 6 to testify regarding the security of user data and how his views differ to that of Facebook, Google, and Amazon. He has a very absurd start as he goes for the probably intentional pause that ends up just being awkward.

Meanwhile, the "Silicon Valley" season 6 trailer also promises the funny anecdotes will keep coming in the final series installment. Even Gilfoyle agrees Richard’s composure while on Capitol Hill is bizarre and likens him to a child in the middle of a custody hearing. In the end, however, Richard appears to pull off the Senate hearing calling for another crazy Silicon Valley in-office party.

The fifth season was filled with intense moments where Richard and the others almost lost Pied Piper, thanks to saboteurs like Laurie (Suzanne Cryer). But "Silicon Valley" season 6 picks up from the protagonists’ success of keeping their control over Pied Piper as fans see them break in (quite literally) their bigger office space.

Earlier this year, it was confirmed that "Silicon Valley" season 6 is going to be the final installment. In the statement released by executive producers Alec Berg and Mike Judge in May, they told fans they decided season 6 is the right time to end the series.

On a good note, the show's return will not be delayed until 2020 as many fans have feared. "Silicon Valley" season 6 premieres on Oct. 27 on HBO.