Should the U.S. provide reparations for slavery and Jim Crow? 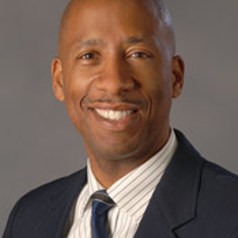 Editor’s note: This article is part of our collaboration with Point Taken, a new program from WGBH that will next air on Tuesday, May 10 on PBS and online at pbs.org. The show features fact-based debate on major issues of the day, without the shouting.

The debate over reparations in the United States began even before slavery ended in 1865.

It continues today. The overwhelming majority of academics studying the issue have supported the calls for compensating black Americans for the centuries of chattel slavery and the 100 years of lynching, mob violence and open exclusion from public and private benefits like housing, health care, voting, political office and education that occurred during the Jim Crow era.

Despite this academic support, the nation is arguably no closer to consensus on this issue than it was 150 years ago. Not surprisingly, my research has shown that the idea remains widely unpopular with white Americans and overwhelmingly supported by African-Americans.

The example of a Founding Father

The debate over reparations began not long after the country was founded.

In 1790, Benjamin Franklin committed to instruct, employ and educate the children of those he had set free from bondage. Franklin saw this as a way to “promote the public good, and the happiness of these our hitherto too much neglected fellow-creatures.”

After slavery ended, Senator Thaddeus Stevens of Pennsylvania proposed the reparations bill in 1867. It provided 40 acres of land to each adult male and to each female who was the head of a family. In addition, it called for funding to construct a homestead on the land. Stevens saw reparations as necessary to avoid racial hatred, inequality and strife.

Callie House, who was born enslaved, took up the charge in the 1890s under the auspices of the National Ex-Slave Mutual Relief, Bounty and Pension Association. She was arrested and ultimately imprisoned for her efforts in 1917. She was accused of raising money to support a cause that the government argued was so implausible as to constitute fraud. The organization had built a membership in the tens of thousands from 1897 to 1898, and continued to grow thereafter.

Scholars pick up the cause Slave market in Atlanta, Georgia in 1864.

The case for reparations for African-Americans was taken up in academic and popular circles more than 40 years ago.

Yale Law Professor Boris Bitkker gave the first significant academic treatment of the issue in his book “The Case for Black Reparations” in 1972. The book followed the public demand for US$500 million in reparations from white churches and synagogues by civil rights leader James Foreman.

The issue remained on the political agenda of some black nationalist organizations like the the Nation of Islam and later the National Coalition of Blacks for Reparations. It was also part of the research agenda of scholars such as Bernard Boxxil and Howard McGary. Boxill and McGary provided a basis in moral philosophy for black reparations that future scholars expanded into other disciplines.

In 2001, well-known anti-apartheid activist Randall Robinson published his book “The Debt: What America Owes to Blacks.” After its publication and popular success, a new group of academics began to give significant attention to the issue.

A popular movement also arose that sparked lawsuits relating to slavery and state-supported racial violence in Tulsa, Oklahoma. All of the suits were dismissed by the courts, causing many to conclude that legislative action was the only possibility for redress.

The legislative approach had succeeded previously in one instance. Years earlier, the Florida legislature enacted legislation that made Florida the first and only state to provide reparations for state-supported mob violence against African-Americans during the 1923 Rosewood massacre.

A number of cities and universities began investigating their historic relationship to slavery. Several states issued apologies for slavery. The United States House of Representatives followed suit in 2008. The Senate joined in the following year. The 2014 article by Ta Ne-hisi Coates in The Atlantic represents a recent resurfacing of the issue.

My current research explores the commonality between the views held by the majority of American whites on this issue and the views of dominant ethnic and racial groups who oppose redress for injustices and harms inflicted in other countries.

Following World War II and the extermination of Roma peoples alongside Jews in death and concentration camps, the Federal Republic of Germany refused redress to the Roma at the same time it provided extensive reparations to Jewish victims.

Australia’s rejection of reparations in response to the theft of over 100,000 indigenous children over the course of 60 years under federal and state laws provides another example. Japan’s refusal to provide redress to the Korean woman forced into sexual slavery during World War II is one more.

In each case, the rejection of redress corresponds to the low social status of the victims. This reflects a phenomenon social psychologists identify as “social dominance.” It describes a state in which certain groups have a disproportionate share of a society’s “negative social value” such as incarceration, poverty and substandard housing. Others in the same society have a disproportionate share of “positive social value” including education, political power, wealth and quality housing. A ledger recording the sale of slaves in Charleston, South Carolina. Yale University

Groups enjoying the benefits of social dominance often reject claims by subordinate groups, even when they are rooted in horrible and well-established historic injustices.

The reasons for rejecting these claims vary, but they ultimately flow from the perceived flawed character of the group members. Following World War II, German Chancellor Konrad Adenauer identified the Roma as a “race of criminals” who in no way deserved reparations. In Australia, former Prime Minister John Howard rejected reparations based on the idea that “contemporary Australians should not be held responsible for mistakes of the past.” An interesting position in light of the continuation of the practice into the 1970s.

In Japan, the claim was made that the issue of the “Korean comfort women” was settled at the end of the war by the agreement to end hostilities. It is worth noting that in Germany and Australia, both groups had disproportionately high incarceration and poverty rates and were broadly viewed as having cultural and moral deficits. In Japan, a similar view is illustrated by the recent remarks of a government official that the victims of the years of enslavement were actually Korean prostitutes who “volunteered.”

In the same way, white Americans' rejection of reparations has little to do with the oft-repeated challenges that “my family did not own slaves” or that “the debt was paid in the blood of the Union and Confederate soldiers.”

African-Americans fall at the bottom of America’s racial and social hierarchy. That reality has routinely and popularly been explained as a result of their inferiority. Initially the claim was rooted in genetics. Today it is based primarily on a theory of cultural deficiency.

Until these ideological bases of racial subordination are acknowledged and rejected, no “case for reparations” will convince the majority of white Americans that reparation are due African-Americans. A clear example of this can be found in the hundreds of comments to my recent New York Times editorial on the issue. The comments reflect the negative views of African-Americans held by many readers as well as an intense emotional rejection of reparations.

My proposal looks at slavery and the Jim Crow era separately. I draw the distinction to prevent the memory of the enslaved from being overshadowed by the more recent injustices of the Jim Crow Era. I believe each group of victims warrants specific attention and an appropriate response.

Compensatory reparations should be limited to the harms of the Jim Crow Era.

For slavery, I suggest that reparations take the form of monuments, museums, memorials and educational programs that are currently lacking in this country. One early step would be the creation of commissions at the state and local level that would identify the enslaved, their owners, and any role they played in the development of the state and its industries. This information would be used along with existing research and funded grants to develop appropriate projects to honor the enslaved and to demarcate the contributions they made.

A comparable examination should be made at the federal level to note persons of national significance. In light of the centuries-long history of slavery that took place here, we have a great deal to learn and illuminate about this aspect of our shared history.

This approach provides the focus needed on the lives of the enslaved, their humanity, and their indispensable contribution to America’s growth and development. At the same time, the proposal attends to the survivors of the governmental abuses inflicted over the course of 100 years following slavery’s end who remain without recognition or redress.

Carlton Mark Waterhouse does not work for, consult, own shares in or receive funding from any company or organization that would benefit from this article, and has disclosed no relevant affiliations beyond the academic appointment above.