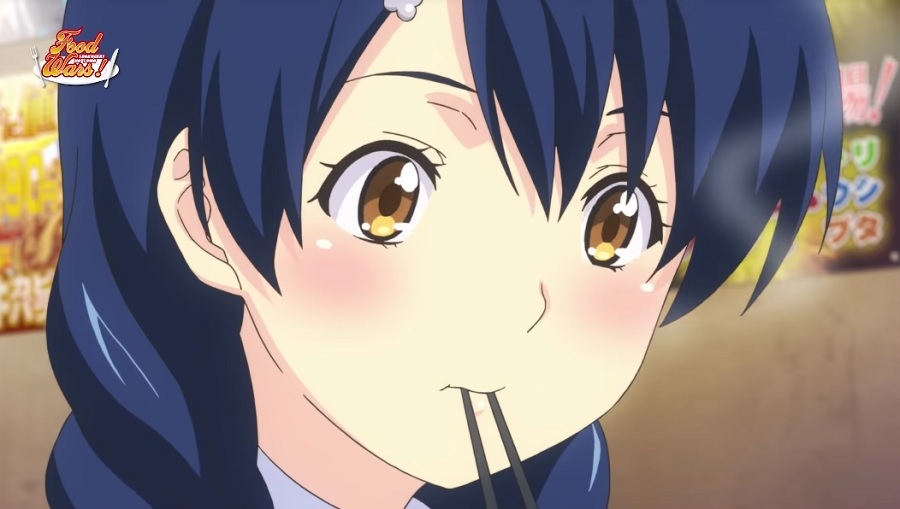 Megumi Tadokoro and Asahi Saiba are going to face each other in an actual shokugeki in “Shokugeki no Soma” chapter 303. And while Megumi has just showcased her cooking prowess, it is unlikely that Asahi will be eliminated at this point in the competition.

Prior to “Shokugeki no Soma” chapter 303, Megumi challenged Asahi in making their upcoming match-up a real shokugeki. Megumi is doing this after she saw Asahi bothering Erina Nakiri who is already under so much pressure because of her estranged mother who is also the Gourmet World Organization bookmaster.

Asahi kept on telling Erina that he is the only way she can achieve her dream. Whatever it is that Erina desires have yet to be revealed. But spoiler reports for “Shokugeki no Soma” chapter 303 suggests one possibility is that she wishes to replace her mother as the bookmaster. Asahi might be telling Erina that he can help defeat her mother, but he will only do that if Erina agrees they get married.

Erina has been obviously on edge in the past couple of chapters. In her duel with Takumi Aldini, she cooked without giving many expressions and unnecessarily insulted Takumi after she won. Megumi hopes to help Erina feel better by defeating Asahi in “Shokugeki no Soma” chapter 303.

When Megumi told Asahi that they should make it a shokugeki, she meant that if she wins the latter will no longer bother Erina. As mentioned, there is no doubt that Megumi is a good chef. However, Asahi is one of the main antagonists in this arc and it would be very anticlimactic if he gets eliminated right away in “Shokugeki no Soma” chapter 303.

It is safe to assume that Asahi will be one of the chefs to fight until the final stage of the competition. This means Megumi will most likely lose in “Shokugeki no Soma” chapter 303 that will be released on March 17. As a result, this could also affect Erina negatively since she is obviously at the center of the upcoming shokugeki.