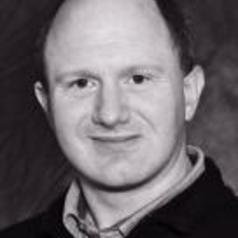 An interesting new book on how to improve the Scottish economy has a twist between its covers: it isn’t really about economics and the story it tells is not particularly unique to Scotland.

Tackling Timorous Economics is more about how the political and economic system in developed economies has become broken and how we might fix it. It should therefore be of interest well beyond Scotland’s borders. And it will challenge you to reflect on your own views on big issues like inequality and economic policy. Written by the Scottish Nationalist MP George Kerevan, Katherine Trebeck of Oxfam and Stephen Boyd of the Scottish Trades Union Congress, the book’s central thrust is that society is about more than just GDP. The authors argue there is too much economic growth, and that this is having hidden consequences for the environment, our well-being and our relationships with one another.

They level the blame largely on the “financialisation” of the UK economy – the move in recent decades from manufacturing towards financial services and from investment in productive capital towards aspirational consumption. The contention is that while capitalism has been successful in generating ever-expanding consumption possibilities and the capital to produce them, this has got out of balance with the underlying “real” economy: we’re consuming way more than we actually manufacture.

Shareholders have consequently become ever wealthier while workers put in longer hours for continually declining real wages. Society’s power structure has tilted more and more in favour of this shareholding elite, leaving casualised workers increasingly alienated from real decision making. Or, as the authors put it, “employees are treated like just-in-time inventory”.

The widening levels of inequality are, the authors claim, explained not by a failure of redistribution – we are redistributing, but not sufficiently to offset the increasing proportion of income going to the top. The middle is being squeezed from the top, in other words, not those on welfare at the bottom. They also give evidence that the usual suspects – skill-biased technical change and trade – are not responsible either. Who runs the country? Durantelallera

The book touches on the financial crisis and eurozone crisis. It contrasts the misery of austerity, especially as inflicted on Greece, with the consequential deflation only narrowly averted by liberal doses of quantitative easing (QE). The authors make the point that QE is nevertheless part of the problem – it further benefits financial capital by channelling more money into it, while eroding pension provision by driving the yields in sovereign bonds to historic lows.

On the other hand, the authors relegate Brexit to an addendum written after the main text. It would have been interesting to hear their perspectives on the undercurrents behind the result – the dissatisfaction with the ruling elite and fears over immigration that appear to chime with much of their thesis. (The single market and free movement of labour are not mentioned in the book at all.)

The book’s solution to the problems it identifies focuses mainly on tax policy. It proposes a tripartite approach that taxes the profits derived from capital, the gains from trade in capital, and the wealth from owning capital. In other words a very Keynesian policy to raid unproductive capital and invest it in health, education and manufacturing; and alleviate the burden from income tax, which in turn would help stimulate demand.

This would be supported by removing the misleadingly named national insurance – which they deem a regressive tax on hiring and taking a job – and by levying what are known as selective employment taxes on certain professions such as finance to assist key sectors like the care sector.

The authors do acknowledge that increasing capital gains tax would be hugely unpopular with homeowners, and the chances of achieving a global wealth tax are extremely slim. So despite their tripartite approach to capital, imposing more taxes on profits may be the only part that chimes with public sentiment.

Even then, increasing corporation tax would run counter to the current orthodoxy; while another proposal to increase council tax, particularly on higher bands, would likely be political suicide. It would be a very brave politician that embraced such policies – the need to get elected makes them short-termist timorous beasties by nature.

Having said that, there is much common sense on offer in this book – even if you don’t share the authors’ starting point or all the policy prescriptions. This would include the need to promote manufacturing investment; to incentivise long-term investment over short-term gains; the damaging combination of austerity and quantitative easing; and the imbalance of control and influence in favour of shareholders while employees work too long for too little.

Politicians could do much worse than raising taxation on profits, removing national insurance and developing incentives for productive investment. The same could be said of investing more in health and education and reducing austerity, and striking a better balance between shareholders and workers. I agree these would be steps towards a better future, both in Scotland and many other developed counties, too.

W David McCausland does not work for, consult, own shares in or receive funding from any company or organisation that would benefit from this article, and has disclosed no relevant affiliations beyond the academic appointment above.