SK Hynix to continue investing in chips-making as exports jump 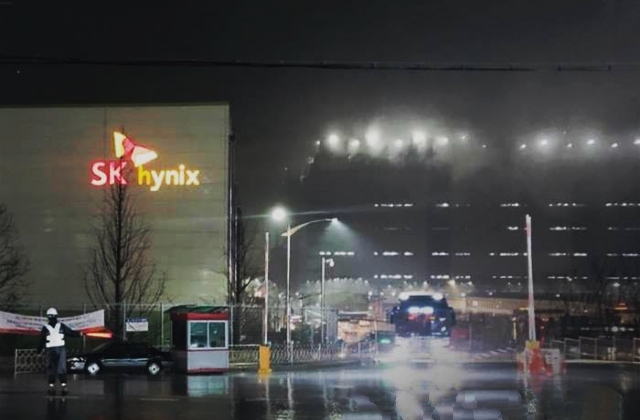 SK Hynix will keep on investing in its chips manufacturing business as the need for it becomes more critical today. The South Korean company will also delve into next-generation chips and more investments are planned for this project.

One reason why SK Hynix continues to invest in chips is because South Korea's exports for semiconductor products have grown and there is no sign that it will slow down. In fact, the country’s exports expanded for a fourth straight month now since the demand for memory chips is still very high.

The ability of SK Hynix to produce and supply the semiconductor requirements for the manufacturing of cars and gadgets will certainly help the South Korean economy to recover or bounce back after losses due to the COVID-19 pandemic.

The company is laying a solid foundation as it leads the trade recovery in S. Korea which is the fourth-largest economy in Asia. As per The Korea Times, exports recorded a 9.5% increase from the previous year to $44.81 billion last month.

With the positive turnouts, SK Hynix is further strengthening its semiconductor business to meet the demands amid the global shortage for chips. As part of its investments, the world's second-largest memory semiconductor supplier of dynamic random-access memory and flash memory chips just signed a KRW4.74 trillion or around $4.3 billion deal with ASML Holding, Netherlands’ semiconductor equipment manufacturer, to acquire its EUV scanner apparatus for the next five years.

The transaction with ASML Holding

The Dutch company is currently the world’s largest supplier of photolithography systems for the semiconductor industry and SK Hynix inked a deal with them as it is expecting an additional increase in the chips demand in the coming years. The South Korean company thinks that the surge will be so strong thus it is expanding its chips business to accommodate the anticipated influx of orders.

Moreover, with the partnership with ASML Holding, SK Hynix believes it will be a big help with their future mass production for the next-generation chips. In any case, SK will be paying off ASML through installments in the span of five years.

This is just one of SK Hynix’s investments to further grow its chips-making business. The company has partnered with other firms to boost its production and help end the chips shortage worldwide.

Meanwhile, Business Korea reported that SK Hynix is planning to start the production of its 1anm products at its M16 fab from 2H21 and apply EUV lithography to some layers. With this new equipment, the company is expecting a 20% savings in the total production costs and an additional 3% cut may be possible if the EUV is utilized in more layers.