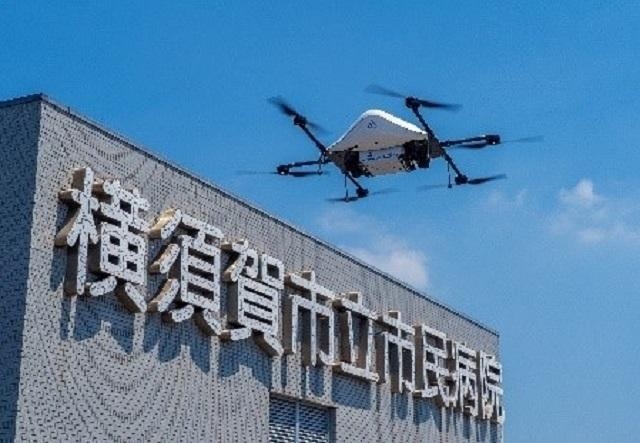 It took 10 minutes for the drone to arrived on the roof of a hospital some five kilometers away.

In a flight demonstration, Yoshinoya staff cooked up gyudon dishes for four people, which delivery service operator Demae-can Co. placed on a box that keeps them warm and loaded onto a drone.

It took 10 minutes for the drone to arrived on the roof of a hospital some five kilometers away.

The gyudon dishes were handed out to hospital personnel.

The drone used in the test can deliver up to five kilograms.

Demae-can president Hideo Fujii said that the company is exploring ways of delivering via drones, such as for a substantial amount of food.

The country's Civil Aeronautics Law had to be revised, which may be done as early as fiscal 2022, to allow drones to fly beyond the operators' line of sight and even above urban areas and locations where people live.