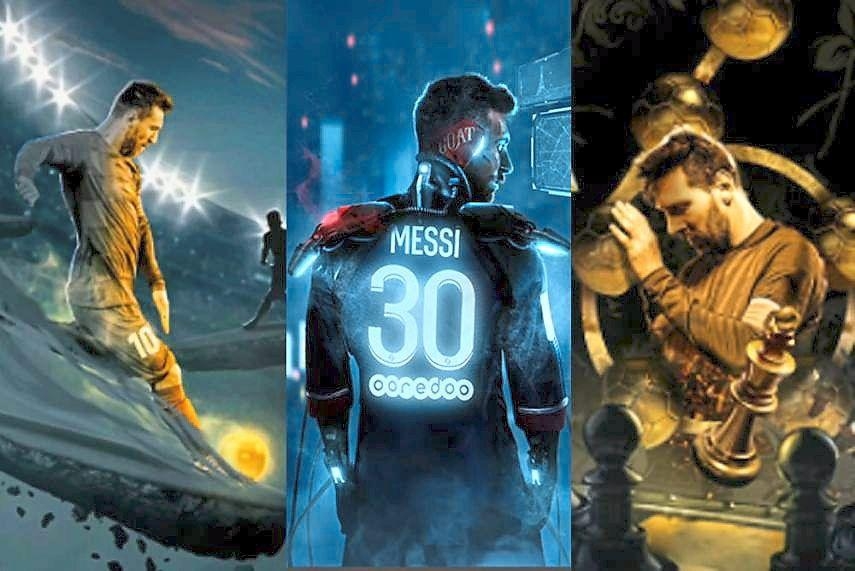 The four pieces portray Messi in AI-driven bionic form both in the future and the past.

The four pieces portray Messi in AI-driven bionic form both in the future and the past.

The first NFT of the set entitled The Golden One portrays Messi as the gold standard. The second, known as "Man From Tomorrow" and "Man Of The Past", features Messi in AI bionic form with his new number 30 and old number 10.

The third NFT dubbed as "The King Piece" harkens back to the times kings ruled kingdoms and when Messi, according to BossLogic, would have reigned supreme in sports.

The fourth NFT, whose title has yet to be revealed, pays homage to Argentina's win in the Copa America final over Brazil. It was the country's first win and Messi's first major international tournament victory in decades.

Messi will also receive payment in cryptocurrency fan tokens by Socios.com as part of his recent transfer from FC Barcelona to Paris Saint-Germain.

PSG did not specify what percentage of the deal comprised the tokens Messi received.