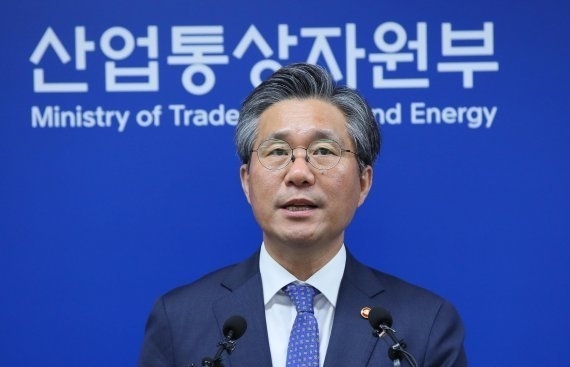 With South Korea reducing nuclear energy dependence at home, the country has been seeking to participate in overseas construction projects of nuclear power plants, instead.

Consequently, it has successfully penetrated the United Arab Emirates.

Sung met Sharma in Seoul to discuss the two countries' post-pandemic cooperation, according to the Ministry of Trade, Industry, and Energy.

The two countries agreed to maintain their trade ties after the UK departed from the EU and to form a deeper bond to overcome the economic jitters caused by the pandemic.

The UK is the second-largest export destination in Europe after Germany for South Korean products.

UK's divorce from the EU means that South Korea's economic and trade deals with the bloc will no longer be valid for London.

Trade between the two countries was worth $9.7 billion in 2019, with South Korea's exports to the European country estimated at $5.5 billion.