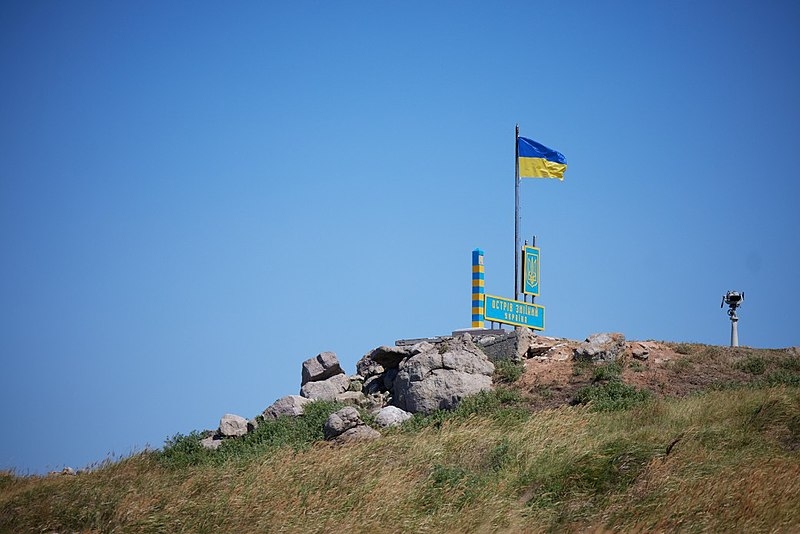 In the midst of the advances Russia has claimed to make in its war with Ukraine, Kyiv has also made gains in the heavy conflict centered on its eastern territory. Ukraine’s military said the Ukrainian flag would soon be flying on Snake Island once there are Ukrainian troops that arrive.

Reuters reports that Ukraine’s southern military command spokesperson said the Ukrainian flag is brought by helicopter to Snake Island and will be flying over the land as soon as there are Ukrainian troops that arrive. The flag was initially raised on the outcropping in the Black Sea.

“The flag has been delivered to the island by helicopter,” said spokesperson Natalia Humeniuk. “It will await the arrival of troops and will then be hoisted.”

Russia withdrew from Snake Island Thursday last week, claiming that it had done so as a “gesture of goodwill” to show that it does not intend to block the attempts by the United Nations to open a humanitarian corridor that would allow the grain to be exported from Ukraine.

However, Kyiv said it drove out the Russian forces from the island after an artillery and missile assault.

Analysts believe that Russia’s withdrawal from Snake Island could loosen the blockade it has set up on Ukrainian ports. However, a foreign diplomat based in Kyiv told Reuters that it is still not enough to safely transit Ukrainian grain. The diplomat added that Ukraine would need support from allies, especially Turkey, to unblock the ports to be able to ship grain.

Ukraine has asked Turkey to investigate three Russian ships that Kyiv claims are transporting stolen grain from Russian-occupied territory, according to documents obtained by Reuters.

In a letter dated June 13, the office of the prosecutor general of Ukraine has asked Turkey’s justice ministry to investigate and provide proof of the three ships that are suspected of carrying grain that was supposedly stolen from the occupied territories in Ukraine, such as Kherson.

The ships supposedly traveled from the main grain terminal in Sevastopol in April and May. The office asked Ankara to acquire documentation about the cargo of the ships and their arrival at Turkish ports.