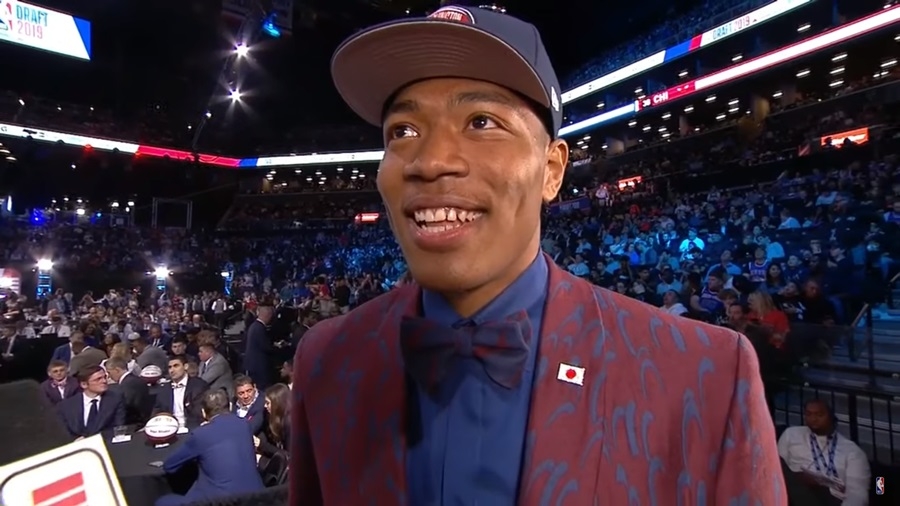 Photo via Screenshot of NBA/Youtube

This year’s NBA Draft is filled with tremendous potential and heartwarming moments. While Zion Williamson was the center of attention, Rui Hachimura of Gonzaga University basked in the spotlight as well.

Part of the reason why the rookie got a lot of fanfare from the media, both national and international, is the fact that he’s the first ever Japan-born player that has been drafted in the first round. Naturally, Rui Hachimura is quite honored being in the top draft and expressed his joy during his short interview at the event, Japan Times reported.

“It’s crazy. It’s unreal. It means a lot to me, my family and my country. … I’m just thankful,” said the young star. Rui Hachimura then went on to convey his gratitude towards everyone who helped him achieve his dream, including his former coaches and trainers.

Putting aside his heritage and looking at his game, NBA analysts consider the Gonzaga player below-average. Most of the criticism surrounding Rui Hachimura is centered on two things: lack of defense and being hesitant to shoot threes. Other pundits said that the only reason that he got by during his stint with Gonzaga is his size, Washington Post reported.

Of course, not everyone is saying bad things about Rui Hachimura. CBS Sports’ Gary Parrish and Kyle Boone praised the 21-year-old’s jumper, adding that his wingspan will play a vital role in his future within the NBA. The duo also commented that Hachimura’s inexperience playing in the big leagues would only contribute to his growth.

As for Rui Hachimura himself, he’s confident that he can help the Wizards on both ends of the floor, contradicting the aforementioned criticism. With a can-do attitude and the athleticism to push his game beyond its limits, Hachimura is in a position to greatly improve as a player. It also doesn’t hurt that he has an entire country rallying behind him as the Japanese people will likely be rooting for the guy as he chisels his own story within the NBA’s ecosystem.