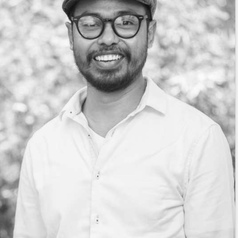 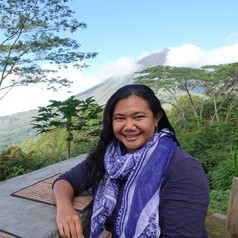 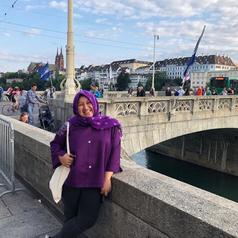 Since July last year, the agency managing Indonesia’s national health insurance – known as BPJS-Kesehatan – has been suffering an estimated deficit totalling Rp 28 trillion or around US$1,998 million. That’s more than triple the deficit at the end of 2018.

The COVID-19 pandemic is expected to worsen this. At least 1.9 million Indonesian workers are unemployed as a result. This economic hardship will likely reduce the number of enrolled members and cause a significant revenue loss for BPJS Kesehatan.

To support the agency, the government plans to increase national health insurance premiums from July 1 2020.

However, this move only addresses short-term problems. It does not tackle the structural issues the BPJS faces, ranging from its revenue-generation strategies to its health service priorities.

We will first show you why the premium rises are not the best solution. We have also identified four other effective strategies to achieve sustainable and inclusive national health insurance to ensure all Indonesians get equal access to health care.

Why raising premiums is not the best solution

Under BPJS-Kesehatan, Indonesia is running the world’s largest universal health insurance scheme. It has about 224 million members, covering more than 80% of the population, including 96 million poor individuals.

The scheme is Indonesia’s attempt to provide universal health coverage. This means all Indonesians should have access to health services regardless of their economic status.

The raised premiums will only hurt that attempt, as access to health services will be limited to people who can afford it. Those who can’t afford the premiums may end up being excluded from the health-care system or may have to downgrade their memberships.

Only one-third of the 74 million informal workers in Indonesia are receiving government subsidies for insurance premiums. The remaining two-thirds are required to join the national health insurance independently.

As of 2019, only half of the independent members paid the premiums. Assuming this is a reflection of the group’s ability to pay, raising the premiums will further reduce the ability of these vulnerable groups to buy health insurance. Informal workers who are relatively healthy and fit will likely opt out of the insurance membership.

Motivation to pay is another important factor. Many existing members who maintain their membership are motivated by a high need for health care due to existing illness. One of the most telling signs is that the independent members group consistently has a very high claim ratio.

The increase in premiums does little if anything to address this selection bias in membership. Instead, it might further discourage some people from continuing to pay their premium if they cannot foresee that they will use their health insurance. The healthy will be more likely to drop out. Those who stay are the ones who are “sick”.

Ideally, a national health insurance scheme should support services to keep the population healthy by delivering basic curative and preventive services, to curb the need for more expensive hospitalisation costs. In reality, a high proportion of BPJS-Kesehatan’s budget is still used to pay hospital bills associated with chronic diseases, which should be prevented at primary care level. From 2014-2016, nearly 80% of BPJS Kesehatan’s annual spending was on secondary and tertiary health-care facilities.

Thus, it is fair to say the national health insurance program is still at its core a “sickness insurance”. Raising premiums will not be effective if BPJS still prioritises high-cost health services for the sick.

Raising premiums – while everything else in the health system is unchanged – is not the best policy option. We suggest other pressing strategic, structural approaches need to be adopted.

First, we need to better identify people who can contribute more. The current class system is irrelevant to members’ ability to pay and should be evaluated. Standardised, instead of tiered, services arguably can promote fair health service delivery to all insured members.

Premiums could be calculated based on income brackets instead. To do this, BPJS Kesehatan can collaborate with the Ministry of Finance’s Tax Directorate General.

Second, mandatory universal health insurance membership for every citizen will ensure a reasonable amount of funds pooled from the public. The government can enforce this with an improvement in data updates and verification of the poor and near-poor population, so the government subsidy is allocated properly.

Third, BPJS Kesehatan can reorient the current health-care delivery towards a preventive model. To promote this approach, the government should strengthen the role of community health centres as the backbone of preventive care and chronic disease management. The government should also strengthen co-operation and integration between public and private sectors at the primary care level.

Lastly, BPJS-Kesehatan itself must promote transparency. Local health officials and the general public have complained about BPJS Kesehatan’s lack of transparency, which deters people from enrolling.

Opening critical data to public scrutiny is a powerful tool to support an effective response mechanism within BPJS-Kesehatan. It also prevents administrative frauds such as double claims from happening. Without transparency and accountability, the public will always question the trustworthiness and legitimacy of BPJS-Kesehatan.