The Market by Michelob ULTRA is the "first Amazon Just Walk Out in Wisconsin," said Sharlan Edmonds, Fiserv Forum's vice president of hospitality and strategy. 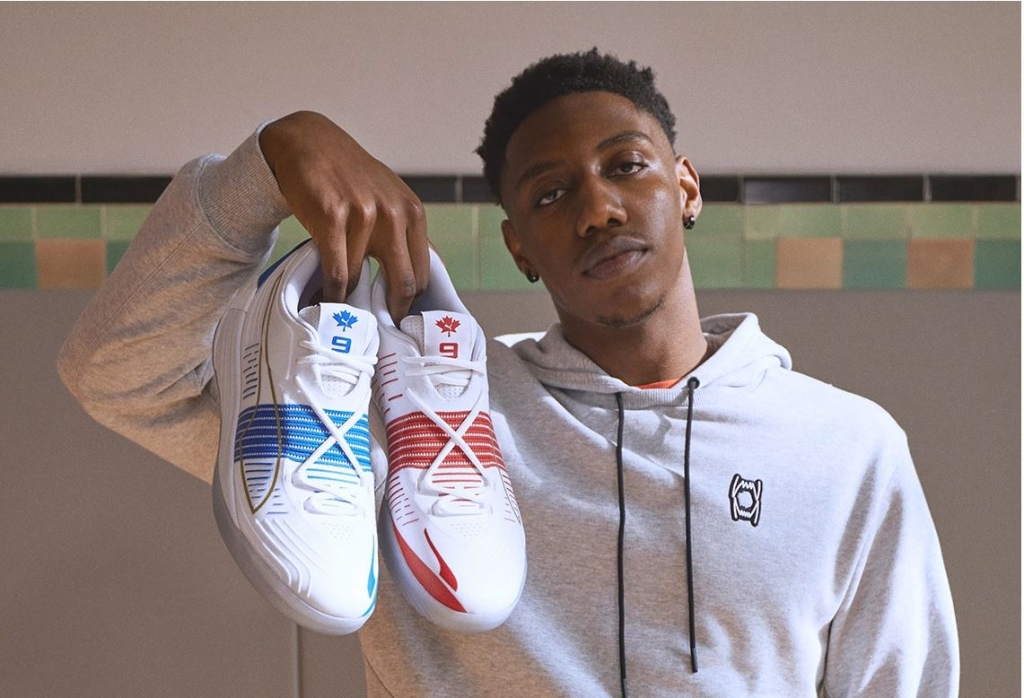 Barrett's player-exclusive shoes are currently being sold on Puma's website for $150.

Barrett averaged 20 points per game last season and is poised to increase his production this year.

Puma signed Barrett to a multi-year sneaker deal in 2018.

While the 22-year-old Barrett has yet to earn a signature sneaker line, having a player-exclusive, which is a colorway of an existing shoe, is the next best thing in the footwear world.

The left shoe is red and white, which pays tribute to Barrett's Candian heritage. The right shoe is blue and white, a nod to his time at Duke.

To further personalize the shoes, Puma put No. 9 and a Maple leaf on the tongues of the shoes. Of course, the No. 9 is Barrett's uniform number for the Knicks, while the Maple Leaf is another wink to Canada. Playing on his nickname, “Maple Mamba” is embroidered on the inside of the tongue. The phrase "Made Different" is on the sock lining.

A performance basketball shoe called the Puma Fusion Nitro debuted in 2021. Puma has reinvented the Fusion Nitro over the past year in numerous colorways while keeping the technology built into the sneaker the same.

Barrett's player-exclusive shoes are currently being sold on Puma's website for $150.