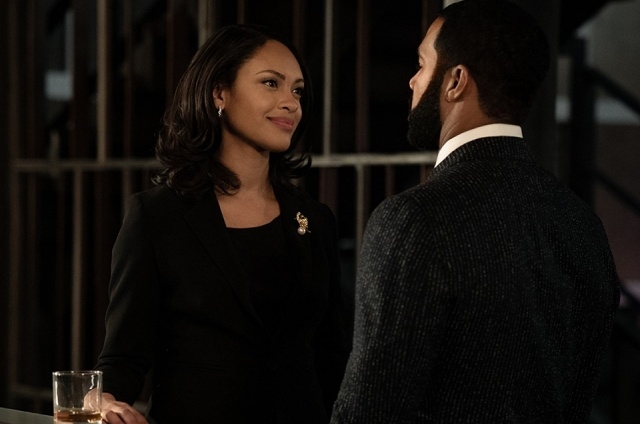 “Power” season 6 episode 9 is titled “Scorched Earth,” and just like what it suggests, this chapter will be really hot to watch because lots of things around Ghost and Tommy are happening. In fact, the fans will see heavy drama as deaths of loved ones caused the lead actors to agonize in pain.

The scenes in the previous episode will also push Tommy to seek revenge as LaKeisha had died at the time when he thought he could finally live with a family he built himself, but he was wrong. The love of his life is gone, and this shattered his dreams, and now he is determined to retaliate in “Power” season 6, episode 9.

How LaKeisha died and who killed her

As narrated on TV Line, Tasha showed up in Tommy and Keisha’s home, and she arrived at the exact time when LaKeisha (La La Anthony) is about to leave and run far to escape from the mess she’s in. She explained that this is the only way she could avoid going to jail and keep her word to Tommy that she will not stand as a witness for the deaths of Angela and Proctor, but the next thing that happened while they talk was really unfortunate as Tasha ended up shooting Keisha.

The next heartbreaking scene was when Keisha was begging Tasha not to shoot for the second time, but her former best friend unceremoniously shot her in the head to make sure she will not survive. With the signed agreement for cooperation, Tasha dashed out of the door before Tommy arrives.

Upon his arrival, he was so shocked at the scene when he just bought flowers and an engagement ring to propose to the person lying on the ground. Now, he will seek revenge for her death. “Power” season 6 episode 9 will show Ghost learning about what happened to his old friend’s girlfriend, and with that, he thinks Tommy will come to realize how he felt when he killed Angela.

Ghost and Tommy team up again

As per On the Flix, “Power” season 6 episode 9 will also feature Ghost and Tommy teaming up again despite splitting up a long time ago. It was said that they will work together to plot Jason Micic’s murder. Meanwhile, this chapter will air on Oct. 20 on Starz.