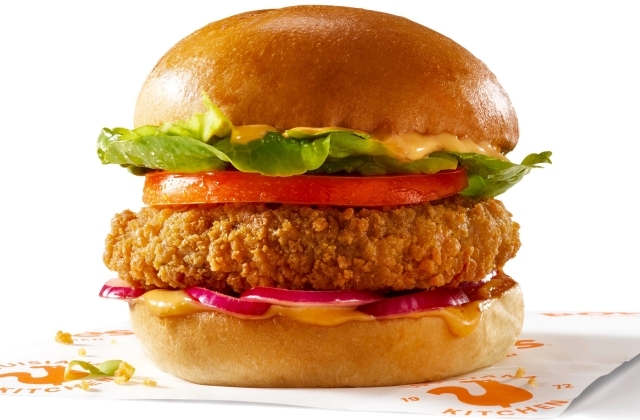 Popeyes UK is now offering plant-based sandwiches in its stores across the country. The release of the burger chain’s Creole Red Bean Sandwich was revealed by LIVEKINDLY Collective after announcing it has signed an exclusive partnership contract with Popeyes Louisiana Kitchen.

The deal was said to be for the debut of Popeyes UK’s first plant-based menu item. The launching also coincides with the restaurant chain’s opening in London, which was on Saturday, Nov. 20, as per Chew Boom.

Popeyes’ Creole Red Bean Sandwich features a crispy, breaded patty that is 100% made with a plant-based patty. The sandwich is made even more delicious with the addition of toppings that include the restaurant’s signature Red Creole sauce, baby gem lettuce, pickled red onion, and a thick slice of beefsteak tomato. The tasty ingredients are all sandwiched in a toasted vegan brioche bun.

It was added that Popeyes is planning to launch its plant-based Creole Red Bean Sandwich in its branches around the world. The company’s next target for the debut of its vegan sandwich was said to be in India. While it is based in the United States, there is no update yet as to when it will be released in this area.

“From the first bite, we were convinced this sandwich would be a new star on the menu for all our consumers. It was developed to be Popeyes’ gold standard vegan offering, but I also developed it for all our customers to enjoy, as it complements our other menu offerings and brand heritage extremely well,” Popeyes’ director of global culinary innovation, Peter Genna, said in a press release.

He added, “Made with only the finest ingredients and Popeyes signature bold seasonings and spices, we can’t wait for our customers to taste it in the UK and look forward to bringing this delicious sandwich to other markets around the world.”

LIVEKINDLY Collective is aiming to make plant-based the new norm, so it has been joining forces with restaurants and fast-food chains to achieve its goal. It sells its brands in about 40 markets and has constantly been adding new distributors for its products. Its exclusive deal with Popeyes shows its progress in moving into quick-service restaurants for the Collective.