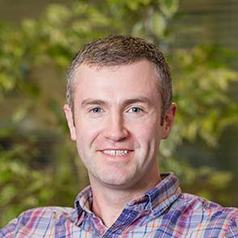 Scientists, environmentalists and animal rights activists have said it for many years. Now conclusive analysis has confirmed their argument.

The global meat industry not only damages our health and is ethically dubious – it is unsustainable because of the damage it does to the environmental prospects of our planet.

Yet politicians have little desire to do anything meaningful about it. Instead, they have a long history of ignoring or suppressing inconvenient evidence that is detrimental to the major industries of a free market economy.

But we need them to speak out. Back in 1722, when Dutch explorers landed on Easter Island in the south Pacific, they found a human population in terminal decline. The Rapa Nui people had deforested most of the island, and the variety of plant and fauna had considerably decreased.

Left alone for centuries, and without governmental legislation to protect the environment from human behaviours, the inhabitants of the island had been slowly committing ecocide against the terrain that sustained their very existence.

This historic example – and our current relationship with the environment – present interesting questions about human denial, idleness and avoidance within the individual and collective psyche. It also suggests that only compassionate authoritarianism, which holds that our ecosystem is more important than individual and collective egos, can prevent us from our current path towards global ecocide.

The meat industry is one of the largest political lobby groups across the world, providing financial support to many mainstream political parties and their candidates. Politicians, many of whom are meat eaters, stay clear. They likely conclude that confronting such a powerful interest group is not in their career (or meal time) interests.

The mainstream media also regularly falls short. Earlier this year, the BBC’s Today programme included an interview with a sheep farmer from Northumberland. It followed publication of a study which pointed to its detrimental impact on the environment. The interview was essentially the meat industry’s PR response – broadcast on Radio 4’s flagship news show.

In the programme, the farmer was referred to as a “shepherdess”, and her work described in terms of romantic walks on windswept moors. The discussion was emotional rather than rational, with the main argument of the interviewee being that if the meat industry was to decline it would be “very sad”.

She was then given a platform to make claims, without challenge, about what she thought were the main causes of environmental degradation (unsurprisingly, not the meat industry).

Such instances regarding environmental issues are unfortunately all too common. The Today programme could have (instead, or in addition) interviewed an independent academic on the matter. But it appears to have considered the opinion of a commercial sheep farmer to be at least on a par with the latest scientific evidence.

Indeed, my collaborator Rachael Hillyer and I have found that most politicians and mainstream media continue to place environmental concerns in a sphere of debate where industry interests are presented as having equal importance as the future of the planet.

This at a time when scientific evidence on the environmental effects of the meat industry, and how those effects can be reduced, has been compellingly presented. That this debate continues to sit in the sphere of “legitimate controversy” is a bit like having a debate in 2018 on whether smoking is detrimental to your health.

But then democracy has never been very good at tackling the global issue of environmental degradation. Instead politicians often go to great lengths to avoid the topic. When they do engage, they do so begrudgingly, putting all their rigour into a division of responsibility that excuses themselves to the greatest extent.

On the whole, democracies are dominated by chronic short term decision making. And while they often act as safeguards to individual human liberties, democracy, and its preference for compromise, are often part of the problem when it comes to the environment – the biggest issue of them all.

Politicians avoid the reality that only immediate alterations to human behaviour can prevent this crisis. Put simply, the planet urgently needs more compassion for the environment and much less individual ego.

The weight of democratic political experience also sits heavy on the minds of politicians. Previous democratically elected leaders have tried to persuade their electorates to think more collectively and to consider the environment before their own selfish pleasures.

US President Jimmy Carter (1977 – 1981), for example, was a keen but moderate environmentalist. Despite his considerable personal wealth he led by example by living modestly, and tried to encourage Americans to lower their carbon footprint and energy consumption.

However, it turned out that America did not like being told to rein in their habits – and Carter was decisively beaten by Ronald Reagan in 1980.

Reagan’s neo-liberal campaign message was: “Make America great again.” Yes, the very same message used by Donald Trump during his presidential campaign. It was a campaign which emphasised the primacy of the economy over the environment.

To this end, democracy cannot fix our environmental issues. Because for every democratically elected environmentally conscious politician in a leadership position, there is another one waiting in the wings to denounce and depose them for economic weaknesses. And in doing so, to relinquish the voters of their duty towards the upkeep of this planet.