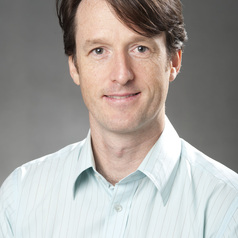 If you want to know how bonus schemes can come unstuck, take a look at the Rugby World Cup

It’s inching its way towards the end of the group stage in Japan, where Australia takes on Georgia tonight. The bonus points on offer are of considerable interest to economists and may help determine who gets into the quarter-finals and who ultimately wins.

Unlike most sports tournaments, rugby tournaments have point systems that include “bonus” points for achievements within the game other than simply winning.

A narrow-loss bonus gives one point to the match loser if its margin of loss was seven points or fewer – the idea being that an extra converted try would have given the loser a different result.

The rule dates back to New Zealand’s elite domestic league in 1986, then known as the National Provincial Championship.

It was carried over into Super Rugby when it began in 1996.

As well as narrow-loss bonuses, there are try bonuses, which have a similar history.

The standard try bonus – as used in this World Cup – is one extra point for scoring four or more tries, and can be earned by both teams (Super Rugby adopted a modified “net try” bonus in 2016).

The intention is to encourage more attacking rugby and higher scores, and also to explicitly reward tries rather than drop goals and penalty conversions.

Together with Irish co-authors Robert Butler (University College Cork) and Patrick Massey, I set about putting these bonuses to the test.

We modelled data from the European Rugby Championship, Super Rugby’s northern hemisphere equivalent, which ran for several seasons without bonuses, before introducing them in 2003-04, allowing us to compare before and after games.

Our primary interest was the try bonus. Narrow-loss bonus effects are harder to isolate.

In research to be published in the Scottish Journal of Political Economy, we report that the introduction of the try bonus was effective in increasing the likelihood that teams would score four tries in a match (which is an above-average number).

The effect was concentrated on home teams, which given the advantages they already enjoy are more often in a position to go for the bonus. It would appear to lend support for the view that the rule (or policy, in economist-speak) had achieved what it was meant to.

But not so fast. We also found a significant reduction in teams scoring five or more tries.

We believe it was driven by teams reducing their attacking effort once the bonus had been secured, as a large share of teams that score a fourth try already have a comfortable lead, and it is generally late in the game.

It means that, on balance, the evidence in favour of bonus points achieving their aims is mixed. At best they achieve something, at worst they are counterproductive.

This is especially so when it is considered that average scores actually fell by about 15% in the seasons where bonuses applied, although that might have happened for other reasons.

The findings have important parallels.

Think of the banking royal commission where it was revealed that bank employees opened children’s bank accounts without their consent in order to claim bonuses.

More egregiously, they signed up customers to insurance and financial products to which they were manifestly unsuited.

The point is not that the bonus schemes were ineffective. They were very effective, although often not in serving the needs of customers.

Incentives matter, and they matter so much that it is important to get them right. As good starting point is making clear the design of the incentive schemes, as happened in rugby but not in banking.

For better of worse the results will be on display tonight. Go Wallabies!