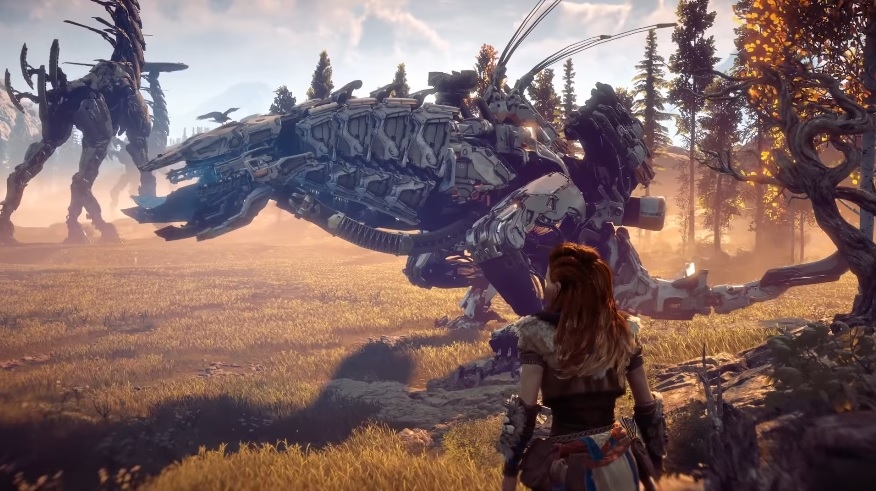 Sony’s “Play at Home” continues through the spring as the company reveals the next batch of games that will be released for free. However, fans will have to wait until next for the next big title that will be downloadable at no cost.

Gamers who are new to the PlayStation system, may it be PS4 or PS5, might want to wait a few more weeks before purchasing “Horizon Zero Dawn.” The action role-playing game, developed by Guerilla Games, will be available completely for free in April and fans will have almost a month to get it.

There appears to be no catch to this promo as well. Unlike free games released through the PS Plus, the promo for “Horizon Zero Dawn” in April means fans can get the game and keep it for good. It is also worth noting that Sony is giving away the game’s “Complete Edition,” which includes the base game, “The Frozen Wilds” expansion, the official digital art book, a PS4 theme, and several in-game bonus items.

The free download for “Horizon Zero Dawn Complete Edition” begins on April 19 at 8 p.m. PT and will be available until May 14 at 8 p.m. PT. The game is also playable on PS5 through backward compatibility.

“Horizon Zero Dawn” was released in 2017 following the story of the main protagonist Aloy, whose main goal is to learn about her past while exploring a world filled with mechanized creatures. While the game is already four years old, this should be a good chance for new PlayStation fans to get familiar with the title before its sequel, “Horizon Forbidden West,” is released later this year on PS4 and PS5.

Before the free download of “Horizon Zero Dawn” goes live, Sony is also releasing a list of free games as part of its Play at Home initiative, including “Abzû,” “Enter the Gungeon,” “Rez Infinite,” “Subnautica,” and “The Witness.” PS VR games “Astro Bot Rescue Mission,” “Moss,” “Thumper,” and “Paper Beaast” are also downloadable for free on March 25.