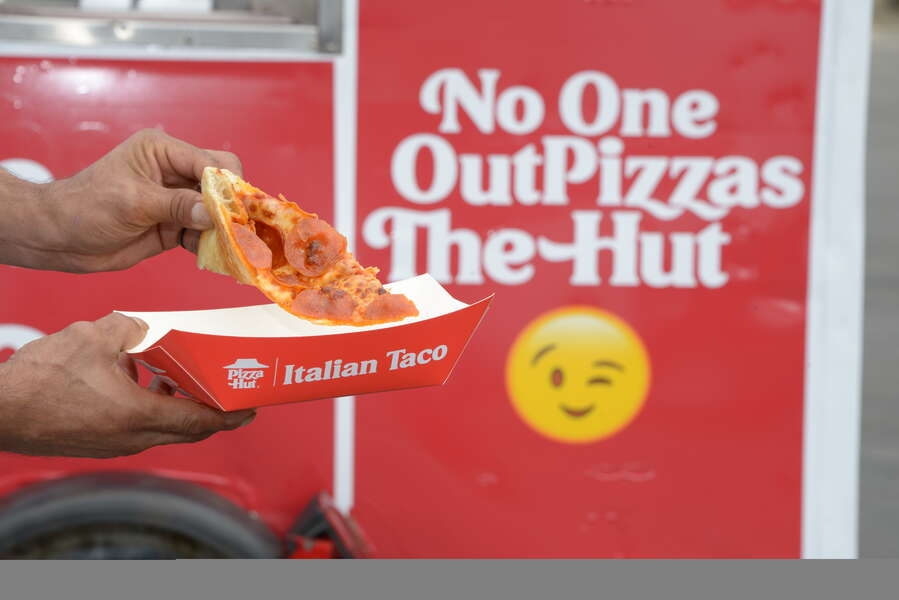 But the said Italian Taco is simply a pizza slice folded down the middle, which many diners do to their pizzas.

Referring to the fact that Taco Bell ran out of Mexican Pizzas the first time they reintroduced them earlier this year and had to remove them from the menu, Pizza Hut quipped that their nearly unbelievable innovation will never run out.

They added that the Italian Taco has been here and will be here forever." Their tagline: "No one out pizzas the hut."

Interestingly, both Taco Bell and Pizza Hut are owned by the same parent company: Yum! Brands. So regardless of what customers prefer, it's the shareholders who win.