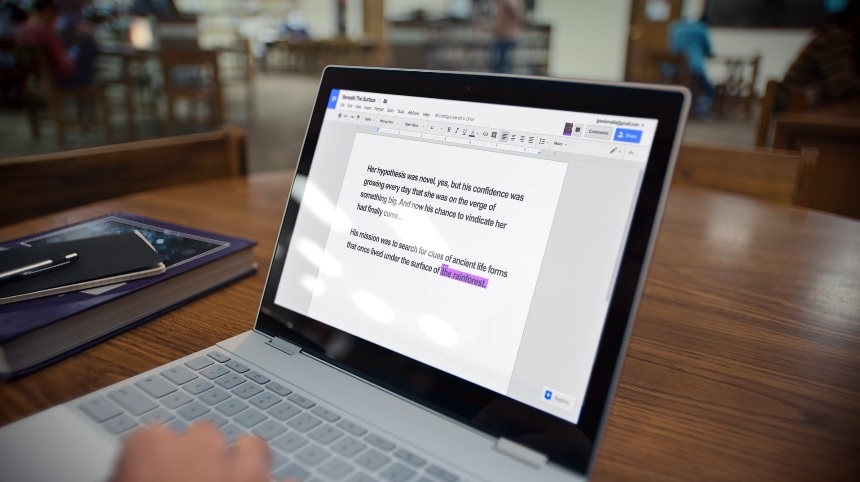 From the Pixelbook official trailer | Photo credit: Google via Made by Google/YouTube screenshot

Many Chromebook fans may have expected Google to announce the Pixelbook 2, but the company, instead, unveiled the Pixelbook Go in October. People wanting to see the next-generation device should not be entirely disappointed, though, as Google is speculated to announce Pixelbook 2 next year.

When Pixelbook Go was announced earlier this year, some Chromebook fans assumed that it could be the Pixelbook 2 they were expecting. But it should be noted that Google has already confirmed and explained why Pixelbook Go should not be counted as the Pixelbook 2.

With that, the tech rumor mill starts turning again. Pixelbook 2 is now speculated to be announced in October 2020. Despite Google’s silence of the next-gen Pixelbook, it is not too far-fetched to hope for a major unveiling in the next fall.

Since Google became more aggressive in pushing out its own hardware products, the company has been keeping a consistent annual calendar of events. For several years now, Google has been holding events within the first half of October to reveal its latest devices. This increases the chance for tech fans to meet the Pixelbook 2 in October 2020 finally.

Google’s Chromebooks have so far made the impression of being high-end models packed only with top-tier specs as well as more expensive price tags. The same approach can then be expected for Pixelbook 2.

Both the first Pixelbook and Pixelbook Go were powered by the newer generations of Intel Core processors at the time of their production. The next Chromebook can then be expected to possibly have the latest Intel Core chip, the 10th generation called Ice Lake, that was just announced earlier this year.

Pixelbook 2 will likely have standard 8GB RAM capacity and use only SSD storage options, just like its two predecessors. Hard drive capacity was limited to a maximum of 512GB on the Pixelbook and 256GB on Pixelbook Go. This could be something Google might want to improve in 2020 by introducing a 1TB SSD storage in its rumored Chromebook.