Park Shin Hye dating: How fans caught the actress and Choi Tae Joon long before they even confirm their relationship 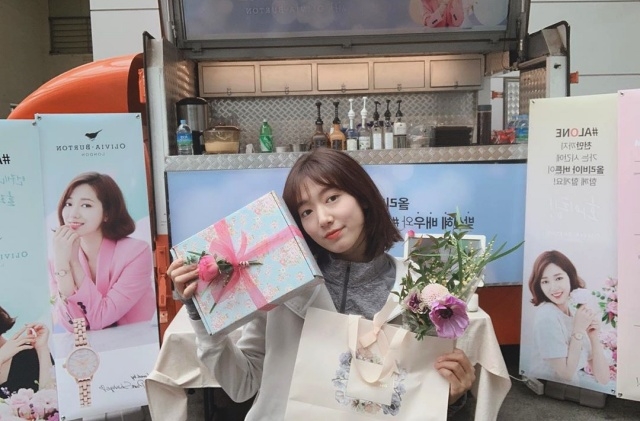 Park Shin Hye and Choi Tae Joon finally admitted that they are a couple after a year of dating. They were rumored to be going out since early 2017 but it was only in 2018 that they finally confirmed their dating status.

The pair went public after Dispatch caught them several times. Their photos of dating were released via news outlets and Shin Hye and Tae Joon’s respective agencies have no choice but to admit after denying the rumors for months.

Signs of dating as seen by fans

In any case, before Dispatch, the paparazzi who follows celebrities to reveal who they are dating, released the photos of Park Shin Hye and Choi Tae Joon while on dates or simply hanging around together, fans have long noticed that there was something more going on between the two.

Firstly, when Shin Hye and Tae Joon appeared in a cameo role in “The King of Dramas” in 2012, fans saw that the two have amazing on-screen chemistry. They also play lovers in their cameo role and seeing them act out their parts gave out the feeling that they are attracted to each other.

Secondly, fans spotted the stars at the National Park and Aquarium together. This happened in 2017 and although they were with some friends, fans knew right away that they are on a date. Back then, Salt Entertainment, Shin Hye’s agency denied that its artist is dating Tae Joon and stating that the pair were only out together as junior-senior friends who went to the same university.

Thrid, Choi Tae Joon and Park Shin Hye were photographed and filmed while on vacation overseas. Fans reasoned that it is hard to believe that they will be traveling together and yet they claimed to be just friends.

Finally, when the actress was once asked about dating in one of her interviews, she said that she would make an announcement when she is about to get married already. As per Koreaboo, she also mentioned that she doesn’t like the idea of dating publicly thus the fans knew that she and Tae Joon were only hiding their relationship since they want to keep it a secret until the end.

Park Shin Hye and Choi Tae Joon have been going out since 2017, months before they were forced to make their relationship public. This means that they are together for more than two years now and even if the actor is currently serving in the army, their bond is still strong as ever.