Paris climate deal: leaders signed up to a marathon without first getting fit 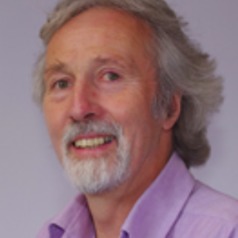 At the Paris climate summit in December 2015, 195 countries adopted the first universal, legally binding, global climate deal. Impressive stuff. A major success for the United Nations and met with much congratulatory fanfare. Now world leaders are gathered in New York to actually sign the agreement, which is due to come into force in 2020. The targets are worthy – limiting global warming to “well below 2℃” – but will collective action really live up to such ambition?

A colleague of mine recently likened ratification of the Paris agreement to signing up to run the a marathon. You feel very good about it. You collectively pat each other on the back and bask in a moment of self-satisfaction. But then you realise that this will be your very first marathon, you have done no prior training, you have no coach lined up and, what’s more, you have committed to set a new world record. Will you achieve it? Probably not.

We almost certainly won’t be able to keep global warming close to the much-heralded 1.5℃, and neither will carbon emissions peak as soon as is necessary to achieve this target. Is success in the climate marathon slipping from our grasp before we have even started training? Let me explore this further.

Global warming is closely linked to energy use. There are some significant long-term energy trends, which form an important backdrop against which to consider our preparations.

Global demand for energy continues to rise as a direct result of growth in the world economy, increased levels of activity – especially in emerging economies – and population growth. Global GDP is expected to double in the next 20 years. However, reforms in the Chinese economy, coupled with ever-increasing energy efficiency, will help limit growth in energy use to around 35% during the same period.

The type of fuel used to generate all this energy is also changing. Use of coal, with its high carbon emissions, is declining markedly. Gas is the fastest growing fossil fuel, supported by an abundance of shale gas with its relatively lower carbon emissions. Oil holds steady. Renewables are undoubtedly the fastest growing sector worldwide, with an expectation that they will quadruple in the next 20 years, albeit from a very low starting point.

So, optimistically, the trends seem to point towards a transition to a lower-carbon energy system. This has been backed up by the individual pledges of participating countries prior to the Paris meeting last year, which will be ratified at the signings. But, good as this may seem, it is in fact nowhere near sufficient to meet the International Energy Authority’s 450 scenario. IEA 450 is a plan to limit carbon dioxide atmospheric levels to 450 parts per million, which would limit the increase in global temperature to 1.6℃.

Tackling climate change is quite rightly seen as an international effort, requiring a combination of governmental, industrial and individual action. Significantly, it requires sustained and increased effort if we are to have any chance of success. But many countries are already falling short. Take the UK, for instance. The country should be working extra hard to boost renewables. Yet the government has recently dramatically cut subsidies to the renewable industry.

The UK should support an increased use of natural gas as the preferred fossil fuel. Yet the government refuses to support much-needed research into the viability and efficiency of shale gas.

British engineers should be pioneering work on carbon capture and storage (CCS) in underground reservoirs. Yet the government has recently reneged on its commitment to make available £1 billion capital funding for fully commercial CCS projects.

Such obfuscation and lack of action is unhelpful and goes against Britain’s track record of creating innovative solutions to society’s needs. Nowhere is this more compelling now than at the climate-energy nexus – not only for renewables, clean gas and carbon storage, but also in the realm of improved energy efficiency and storage, increased recycling and minimising waste.

Dorrik Stow does not work for, consult, own shares in or receive funding from any company or organization that would benefit from this article, and has disclosed no relevant affiliations beyond the academic appointment above.

, Director of Institute of Petroleum Engineering