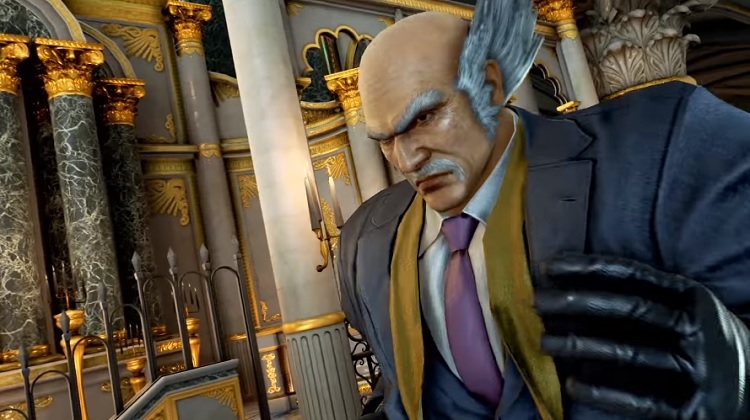 The lineup of games coming to Sony’s PlayStation Now is stacked with popular titles, including the original “Final Fantasy 7” and the 2015 iteration of “Tekken.” Four more games are going to join these titles and they will be available from the on-demand gaming service starting this week.

Last week, Sony announced that five “Final Fantasy” games will be added to the PS Now library. Now, the company confirmed that the first to go live is the classic 1997 RPG “Final Fantasy 7.”

Long-time fans or new fans who are only familiar with the game’s 2020 remake can now revisit the original game focused on Cloud and his allies’ pursuit of main antagonist Sephiroth. It makes sense to introduce “Final Fantasy 7” first to PS Now subscribers. The game is viewed as one of the landmark installments of the franchise as it was the first in the series to feature full-motion video and use 3D graphics.

PS Now members can also start playing “Tekken 7” this month. While the franchise is known for its arcade fighting games, the series is also popular for its story-driven gameplay. And in “Tekken 7,” fans will learn how the infighting within the Mishima clan ends.

The game also highlights 1v1 matches and introduced new game mechanics to the series, including Power Crush that allows characters to absorb their opponent’s Mid or High attack without affecting their movements. It appears that “Tekken 7” will have the shortest stay in the PS Now library among the seven new games being added this month. Sony specified in its announcement that the game will be available until Feb. 28, 2022, only.

The single-player and multiplayer modes of the first-person shooter “Killing Floor 2,” where players have to face a horde of zombie-like mutants across Europe, will be added to PS Now starting this month as well. Subscribers can also start playing Deep Silver’s adventure RPG “Windbound,” where they assume the role of Kara, a warrior stranded on a mysterious island after being in a shipwreck caused by a powerful storm.

The RPG “Pathfinder: Kingmaker” real-time combats and turn-based fights is part of the PS Now September 2021 lineup as well. PS Now members are getting its Definitive Edition that comes with the base game and its six DLCs. Lastly, Sony is adding the indie RPG “Moonlighter,” which is known for its rouge-lite elements where players follow the daily life of a shopkeeper named Will who also dreams of becoming a hero. These games will be available on PS Now starting Tuesday, Sept. 7.