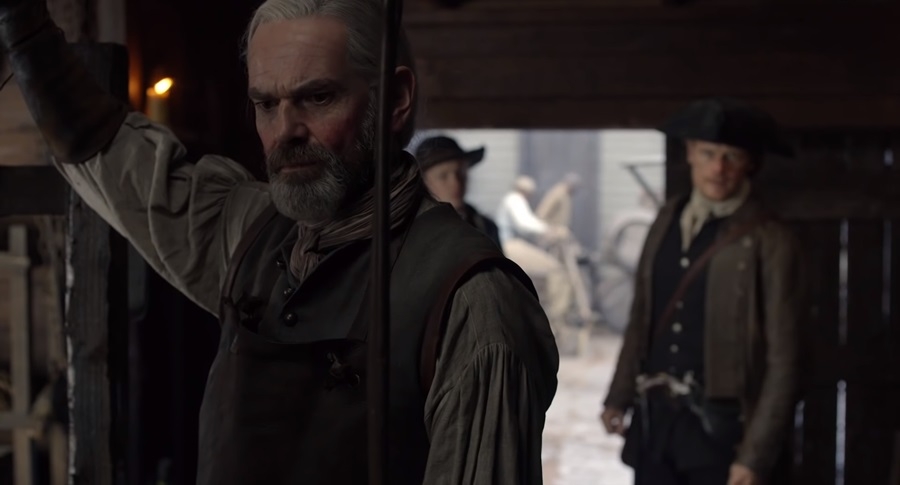 “Outlander” Season 5 is still in its early stages of production as the cast and crew only started filming in April. Fortunately, the release date of the fourth installment’s Blu-ray and DVD set got executive producer and showrunner Matthew B. Roberts speaking with Parade and sharing details about the upcoming entry.

Roberts said that one of the biggest obstacles that they have to navigate in “Outlander” Season 5 is the fact that they kept Murtagh (Duncan Lacroix) alive. In the books, the silver-fox died at the battle of Culloden. But in the show, he actually survived and was sent over to the New World for indentured servitude.

Although Murtagh’s return has been a welcome reprieve from Claire (Caitriona Balfe) and Jamie’s (Sam Heughan) hardships, the old man’s involvement with the regulator has landed him in hot waters. Jamie has already been instructed to track and hunt down his godfather, a task that he’s set to accomplish or put aside in “Outlander” Season 5.

There’s also the fact that the book that the fifth entry is based upon is thick enough as it is. Adding Murtagh into the plot poses yet another complication for the writers, forcing them to chalk out other key moments that book readers might be looking forward to. Roberts also provided his thought process on how to approach this issue, highlighting their desire to accommodate both show watchers and book readers in “Outlander” Season 5.

“Not everybody loves the same thing or puts importance on certain moments and there’s so many in the book series that we just would never be able to fit them all in,” Roberts told Parade. “So, choices have to be made. Obviously, some people are ecstatic that their moment gets in and other people are hugely disappointed that theirs didn’t. We do the best we can and we hope that overall the show is good and people like it.” Regarding the release date of “Outlander” Season 5, nothing has been announced yet. But seeing that production just recently started, the series isn’t expected to return this year. Instead, the best bet at the moment is the fall of 2020 given that the third and fourth entry came out during this period.