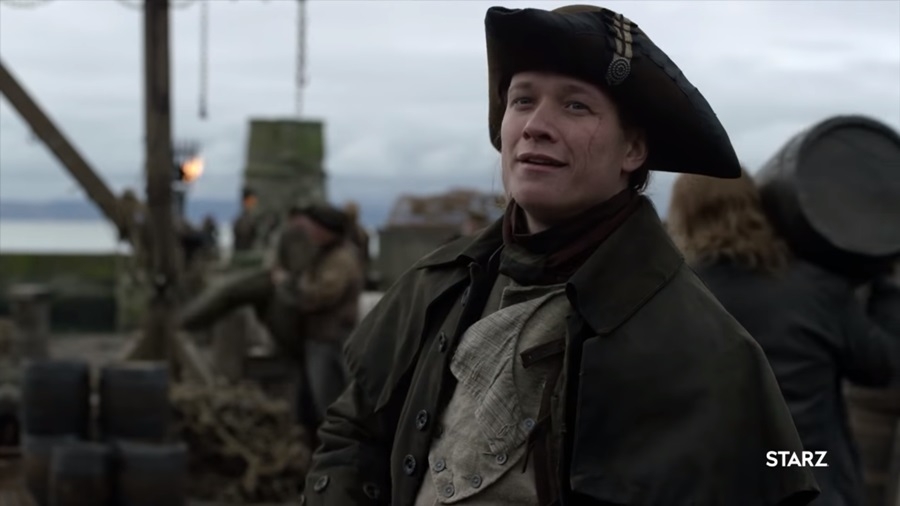 The stars of “Outlander” Season 5 are gearing up to film the next installment and it’s expected that information about it will be dripping down the public in the coming months. The latest update surrounding the production is from Caitriona Balfe’s Instagram post where she was seen holding the script of the installment’s premiere.

Of course, the actress didn’t divulge anything about “Outlander” Season 5. Fortunately, most of the plot in the upcoming entry can be gleaned in “The Fiery Cross,” the novel that the installment will be based upon.

And as can be expected, “Outlander” Season 5 will have the Frasers go through some tough challenges yet again. First, Brianna (Sophie Skelton) and Roger (Richard Rankin) will be entering the life of parenthood as the red-headed beauty is set to deliver her first born. The problem here is that it remains unclear who is the father since Bree suffered sexual assault in the hands of the degenerate pirate Stephen Bonnet (Ed Speelers).

And speaking of Bonnet, Jamie (Sam Heughan) will be using his contacts to track down and kill the pirate to avenge his daughter. After Bree found out, she becomes angry at her father, although Roger asks the highlander to teach him how to fight as he wants to kill Bonnet himself. Unfortunately, it appears that “Outlander” Season 5 will not have the pirate dying during this installment.

But a satisfying ending for this plotline is a possibility since in “The Fiery Cross,” Bree shot Stephen on the groin after a tense encounter. The extent of his injury wasn’t revealed to the family at this time and they’re unsure if Bonnet survived the shot. Of course, “Outlander” Season 5 could very well kill Bonnet since showrunner said that they’ve considered combining books for future installments, Hello reported.

For those wanting to hear the fate of Bonnet, here’s a major spoiler. The pirate will indeed die in the most satisfying way as he was sentenced to drown in “A Breath of Fresh Snow and Ashes.” Drowning, of course, is Bonnet’s greatest fear after Bree pried it off him during his vulnerable moments. As for when fans can expect “Outlander” Season 5, nothing has been revealed just yet. However, it’s being speculated to come out later in 2019, perhaps November at the earliest.