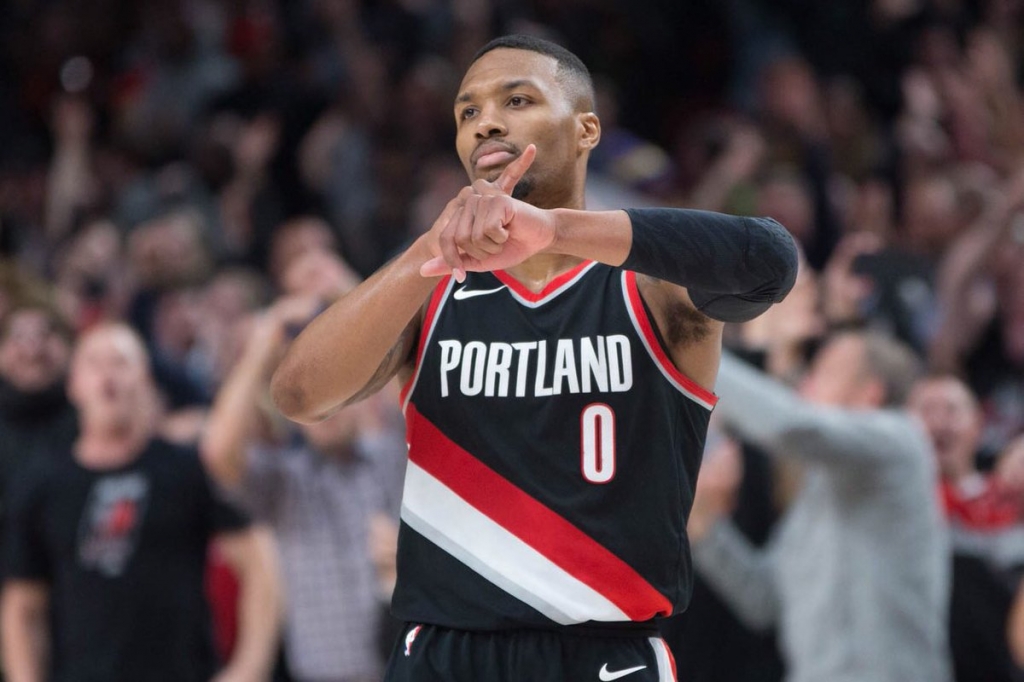 Tissot brand ambassador Damian Lilard of the Blazers indicate that it's time for him to deliver the winning shot.

The National Basketball Association (NBA) has extended its multi-year partnership with Swiss watch manufacturer Tissot, whose precision timekeeping system has been used across all 29 arenas since the 2016/17 season.

The Swiss watch brand recently launched the T-Touch Connect Solar model, which features functionalities, such as live game notifications, offering information such as the score and statistics.

According to Sylvain Dolla, chief executive of Tissot, being the NBA's official timekeeper offers tremendous potential for growth as well as a deep feeling of pride.

Tissot aims to continue developing watches and timekeepers that will enhance the NBA experience for fans.