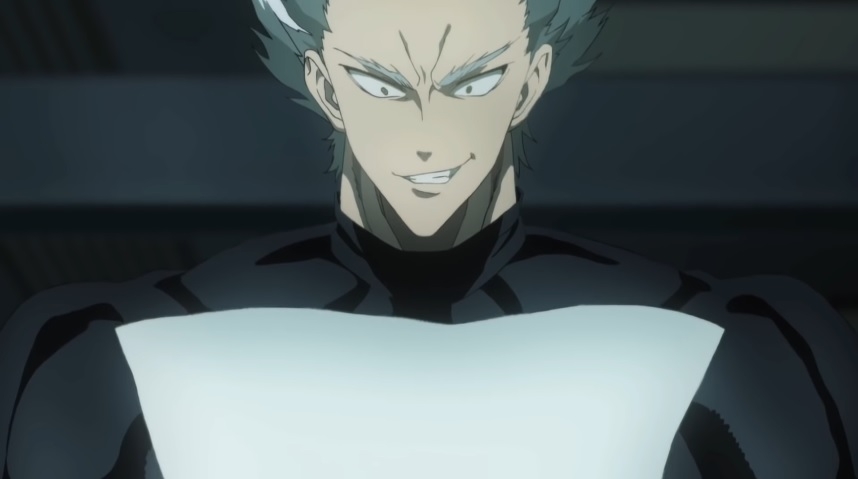 One good news about "One Punch Man" season 3 is that it will not take long before Saitama sees Garou again. However, fans should not expect it to lead to an explosive battle immediately.

'One Punch Man' season 3 spoilers: Saitama goes after a dine-and-dasher

Garou will likely wake up at the first episode of "One Punch Man" season 3 and finds himself in the Monster Association hideout. After a brief conversation with Orochi, he goes outside and finds the city in chaos, but his main goal is to find a place to dine in.

He enters a restaurant and orders practically every item on the menu. Saitama happens to be at the same place, but the bald hero is preoccupied after realizing that he lost his wallet and got nothing to pay for his meal. Luckily for him, Fubuki finds him to offer a partnership in taking down Garou. But while Fubuki does her speech, Saitama is actually plotting a way to make her pay for his meal.

Saitama catches a break when the restaurant staff yells there is a dine-and-dasher -- that happens to be Garou. With a valid reason to leave and Fubuki to pay the bill, Saitama goes after Garou. This is most likely what sets up their first meeting in "One Punch Man" season 3.

However, as mentioned, it is not going to be an action-packed sequence in "One Punch Man" season 3. Upon finding Garou, Saitama just verbally warns him and just walks away. This will annoy Garou because he sees it as Saitama's way of belittling him. The so-called Hero Hunter then follows Saitama.

When Garou attempts to stop Saitama by grabbing him, the bald hero accidentally punches Garou way too hard, knocking him out. Once Garou regains consciousness, Saitama is already gone.

Viz Media or J.C.Staff has yet to confirm "One Punch Man" season 3. But considering this is one of the most popular manga and anime series today, it is very likely for the third season to be made.

The best case fans could hope for is "One Punch Man" season 3 to premiere by late 2020. However, seeing that it took several years for season 2 to be released, fans are advised to manage their expectations when it comes to season 3's release date.