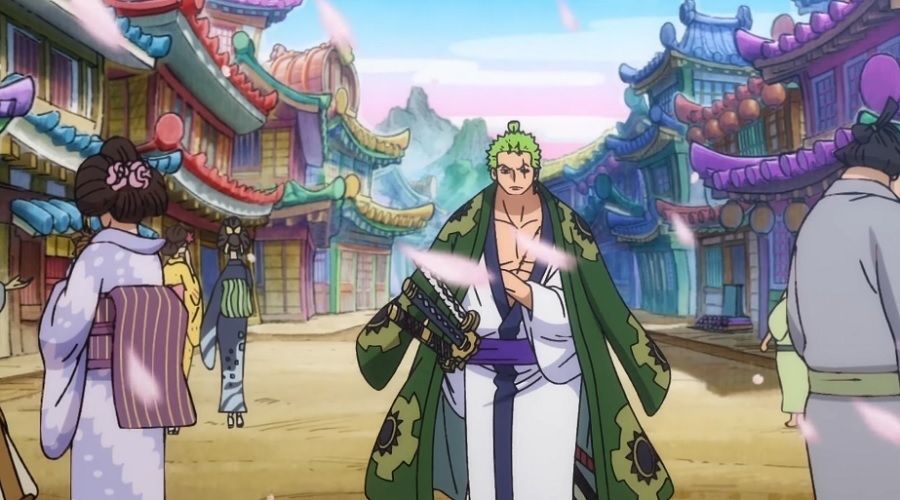 Many fans have been a little disappointed with Zoro’s adventure in Wano, so far. Many commented that the samurai has only been facing secondary characters in the story arc. However, these could all change in “One Piece” chapter 954, especially after all the flashback shown about Kawamatsu.

As a samurai, Zoro’s sword is highly important. He has been using the Shusui that was bequeathed to him by its original owner Ryuma in the Thriller Bark arc. But now that he is in Wano, Hiyori Kozuki insisted that Shusui should be returned to Wano because it is the country’s national treasure. Zoro has yet to agree, but he might say yes in “One Piece” chapter 954 considering Hiyori’s very enticing offer.

‘One Piece’ chapter 954 predictions: Zoro set to fight Kaido with a new sword?

As mentioned, swords are one of the most important aspects of Zoro’s character. This means that Hiyori’s request for him to surrender Shusui is such a big deal. However, Zoro could consider agreeing to it in “One Piece” chapter 954 since Oden Kozuki’s daughter is offering a very good replacement.

In exchange for the Shusui, Hiyori offers Oden’s Meito-level sword to Zoro called Enma. The label Meito already hints at the sword’s legendary and powerful status. More importantly, Hiyori revealed that it is the only weapon that ever maimed Kaido. The captain of the Beasts Pirates has been presumed invincible, so hearing that the Enma was able to injure Kaido is a very big deal. Chapter 953 ended without showing how Zoro reacted to Hiyori’s story, so fans can expect to see this continue in “One Piece” chapter 954.

‘One Piece’ chapter 954 release date, spoilers: What to expect

Zoro can be stubborn most of the time, but so much build-up was already given to the Enma sword that it would not be surprising if he eventually accepts Hiyori’s offer. Since the Enma sword is significantly linked to Kaido, it is hard not to expect that this weapon will also lead to Zoro’s one-on-one encounter with the Yonko. It may not happen immediately in “One Piece” chapter 954, but it is something to look forward to in the Wano arc.

Luckily, the latest chapter did not have a hiatus announcement. This means “One Piece” chapter 954 will be released on Sunday, Sept. 1.