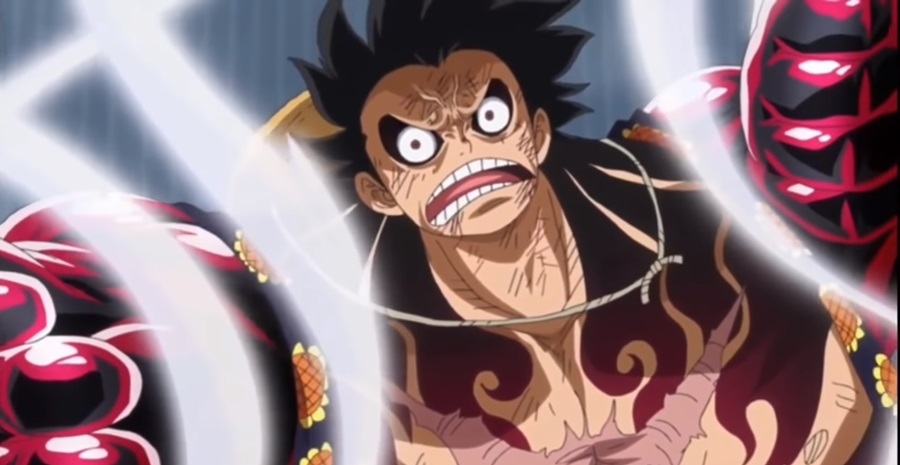 Photo via Screenshot of Genc Evliya/Youtube

“One Piece” Chapter 948 will be continuing on Luffy’s growth as he’s set to exchange blows with the remaining crew left in the Udon region. The previous release already saw Luffy absorbing a blow from Big Mom herself and came out with no injury, not even a scratch.

And that’s with him on base-form, not with his Fourth Gear activated. Old Man Hyou said that Luffy is already on the path of mastering the Busoshoku Haki and “One Piece” Chapter 948 is set to expand on this.

‘One Piece Chapter’ 948 Luffy vs. Babanuki

While this remains unconfirmed for now, it appears that author Eiichiro Oda will be using Babanuki and the remaining Beast Pirates as cannon fodder for Luffy’s evolution. Of course, as mentioned by Hyou, it’s when someone is on the precipice of death that the Busoshoku Haki truly blossoms. Thus, “One Piece” Chapter 948 might have Luffy battling to the death yet again.

The problem here is that no one in the labor camp is strong enough to stand against the Straw Hat captain, not even Babanuki. The rest are also small fries that can be easily dealt with. Thus, we’ll just have to wait for “One Piece” Chapter 948 to drop as speculating on this manga is quite difficult given how Oda’s mind works.

It was initially assumed that Olin’s character would be featured more in future releases as she’s been quite popular with the readers. But that proved to be widely off the mark as Big Mom has now recovered from her temporary amnesia, although she’s out cold at the moment. And speaking of Big Mom, she’s currently on her way to Onigashima where she’s expected to meet one of her Yonko colleagues, none other than Kaido himself. It’s still unclear how this meetup will unfold in “One Piece” Chapter 948, but everything is pointing at a rescue mission for Big Mom.

Thus, her children might make an appearance soon to break their captain out of the grasp of Kaido. It goes without saying that this Wano arc is proving to be one – if not – the best plots in the entire series, especially with all the superpowers involved in its narrative. “One Piece” Chapter 948 will be released on July 7 and fans are eager to read what’s going to happen now that Big Mom has been captured by the Beast Pirates.