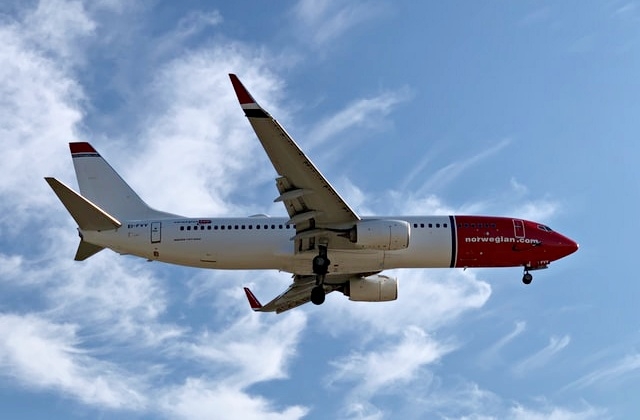 Norwegian Air has settled its disagreements with Boeing and signed a contract for orders of 50 units of 737 MAX aircraft. The deal officially concludes all legal disputes between the companies.

According to Reuters, the Norwegian Air agreed to purchase new planes from the American aircraft maker. In their agreement, there is also an option to add more orders of at least 30 units, but the negotiated prices were not disclosed. The deal was revealed by both sides on Monday, May 30.

The new orders are expected to give Boeing a big boost in its business, especially after all the controversies it got in recent years. It will help the Virginia-based aerospace company since it has a long-standing customer relationship with Norwegian Air. Moreover, the airline's move to stay with Boeing rather than switch to its rival, which is the Netherlands-based Airbus gives Boeing some big points in the business.

As for Norwegian Air, its deal with the American plane maker marks its return to aircraft ownership after it was forced to turn to leasing due to bankruptcy. Fortunately, the bankruptcy proceedings were able to save the airline last year, and it is now gradually returning to normal operations.

In any case, since Boeing and Norwegian Air have previously been involved in legal disputes over the deliveries of Boeing Dreamliner and MAX jets, their new deal includes compensation to the airline as a settlement for the issues.

"This is a landmark deal that sets out a path whereby Norwegian will own a large share of its fleet. This will result in lower all-in costs and increased financial robustness, enabling us to further solidify our Nordic stronghold, Norwegian Air's chairman of the board, Svein Harald Øygard, said in a press release. "The deal also allows us to serve our customers with state-of-the-art aircraft that can run increasingly on sustainable aviation fuel."

The airline's chief executive officer, Geir Karlsen, also said that the overall terms are good for Norwegian, and the agreement really fits with the company's long-term fleet strategy as well as its route program. Finally, the CEO said that its purchase from Boeing would allow them to serve customers with modern fuel-efficient aircraft fitted with the newest technologies that can also help them reduce their carbon footprint.