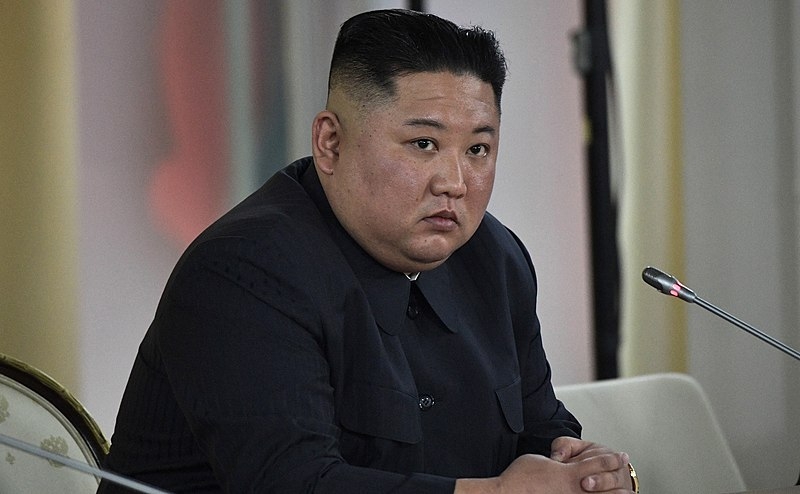 North Korean leader Kim Jong-un has vowed more nuclear weapons to retaliate against the nuclear threats by the United States. Kim made the pledge when he oversaw a test of an intercontinental ballistic missile.

North Korean state media outlet KCNA reported Saturday that Kim oversaw a test of its new ICBM, called the Hwasong-17, Friday last week. The ICBM test took place a day after Pyongyang warned that it would take a “fiercer military response” to the United States as Washington sought to bolster its military presence in the region, including its nuclear assets to defend allies South Korea and Japan.

Kim oversaw the test with his daughter in attendance for the first time and said that the threats by Washington and its allies pursuing policies he described as hostile has prompted North Korea to boost its own nuclear deterrence.

“Kim Jong-un solemnly declared that if the enemies continue to pose threats…our party and government will resolutely react to nukes with nuclear weapons and to total confrontation with all-out confrontation,” said the state news outlet.

The report also said that the Hwasong-17’s launch was part of Pyongyang’s “top-priority defense building strategy” that aimed to establish “the most powerful and absolute nuclear deterrence.” The outlet also called it “the strongest strategic weapon in the world.” KCNA said the ICBM flew nearly 1,000 kilometers for around 69 minutes and reached an altitude of 6,041 kilometers.

Japanese defense minister Yasukazu Hamada said the Hwasong-17 could travel as far as 15,000 kilometers, which is enough to reach the United States. The South Korean military said its F-35A fighters and US F-16 jets escorted the US B-1B bombers during their joint drills Saturday. The drills aimed to improve the ability to quickly deploy US extended deterrence assets.

“Recently I have often taken the UN Secretary-General for a member of the US White House or its State Department,” Choe said in a statement released by KCNA defending Pyongyang’s right to develop nuclear weapons to defend itself.