No simple solution when families meet the law 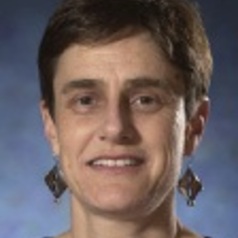 It has often been said that when Australia’s white Anglo-Saxon founding fathers drafted the Constitution in 1901, they could not have foreseen how family constellations would change over the next century and how family law would (or would not) keep abreast of those changes.

We now have many different types of families. We have families with and without children, single parents and blended or step families. We have heterosexual and same-sex de facto couples; separated, divorced and widowed couples. We also have families with children born through assisted reproductive technology or altruistically “acquired” through surrogacy, adoption or foster care.

All these are well depicted in popular culture including a plethora of television shows dating back to Batman and his ward Robin, and the ever-happy blended Brady Bunch through to the contemporary How I Met Your Mother and comic Modern Family.

The truth is, however, that the Old and New Testaments hold numerous examples of precursors to the traditional nuclear family of a father, mother and two children.

Adam and Eve had two sons and then one son killed his brother, transforming their dynamic to a one-child family. Moses was abandoned and raised by strangers. Rachel could not conceive and added a child to her family through a surrogate. Ruth and Naomi were both widowed and childless but made a life together. Jesus Christ was a product of an immaculate conception and brought up by foster parents.

Given these examples, it has taken millennia for the law to catch up.

The complex web of family law

In Australia’s family law system, each of these configurations is regulated by co-existing and sometimes conflicting legislation. The Family Law Act was only the second significant piece of family law legislation enacted since the Constitution that endowed the federal parliament with powers to legislate about divorce and matrimonial matters.

However, many family law areas come under both federal and state laws, or state laws alone.

A good example of the overlap is the area of child welfare and child protection. Australia’s family law courts (namely the Family Court and the Federal Circuit Court) are specialist federal courts. Their job is to determine with whom a child should live, how much time a child spends with the other parent, and other issues about the child’s long-term welfare.

But child protection and welfare cases are also heard in state courts under state laws involving state-mandated child protection agencies. So, one family can find itself embroiled at once in lengthy, expensive and emotionally taxing proceedings in different courts with different jurisdictions.

Each of these state and federal courts houses discrete hierarchies exercising different powers and applying different tests to determine the “best interests of the child”.

Judicial discretion is not unfettered and each piece of relevant legislation provides some guidance and predictability. But as former High Court justice Michael Kirby once opined, decision-making is:

Not only are decision-makers influenced by their own views and experiences, they are informed and influenced by a burgeoning body of research in many fields of social and medical sciences. It is increasingly difficult to navigate through the vast oceans of research material available and to differentiate between “good” and “bad” research.

For example, in the early history of the Family Law Act in the 1970s, the Family Court often applied the “tender years” and “maternal preference” presumptions.

These deemed it preferable for young children up to the age of seven years to live with their mothers upon the break-up of the traditional heterosexual nuclear family. They were not prescribed by the statute itself, but rather a vestige of judicial attitudes that decided custody cases before the Family Law Act was introduced with its specialist Family Court.

Another example of the shift in judicial and community attitudes relates to the relevance of family violence in parenting cases. Historically, family law courts quarantined family violence as unrelated to parenting capacity and child welfare. A man could be “a violent husband but a good father”.

This attitude did not shift substantially until the 1990s, when both society and the courts started to recognise that witnessing family violence could cause long-term damage to children.

Another issue is whether our adversarial system of intra-family dispute resolution (another legacy of the Commonwealth) is suitable to multicultural Australia. Certainly alternative forms of dispute resolution, such as counselling and mediation, may assist. But, often, decisions supposedly reached by the disputing parties themselves are made after “bargaining in the shadow of the law” or in the shadow of gendered or culturally specific beliefs and practices.

Also, if a resolution is not reached or is not honoured and complied with, a decision needs to be made and imposed by a third party. Under our system, that third party is a judge, but the question again arises as to how judicial discretion is exercised.

Family law is a complex area without simple solutions. There are many participants and stakeholders, not least of whom are the adults and children involved.

We need to be sensitive to their needs and best interests. We also need to be respectful of those who are the decision-makers, while at the same time continuing to scrutinise and review the decision-making processes to ensure a just system.

Renata Alexander does not work for, consult, own shares in or receive funding from any company or organisation that would benefit from this article, and has disclosed no relevant affiliations beyond the academic appointment above.