New hope in Nigeria, but Zimbabwe struggles with the same old problems 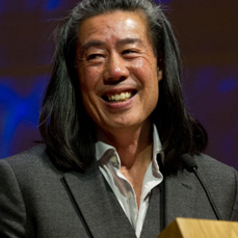 There has been a sense of transition in both Nigeria and Zimbabwe recently.

In Nigeria, Obiageli “Oby” Ezekwesili launched her presidential election campaign. She is not expected to win in the 2019 election. At best, she will likely reach third place in a contest dominated by two older men – incumbent president, Muhammadu Buhari, and opposition leader Atiku Abubakar – who promise nothing dramatically new. But she will make history as the country’s first serious female candidate, as a technocrat with both cabinet experience and a senior World Bank background.

Ezekwesili also takes some sting out of a renewed campaign for an independent Biafra by being from the south-east of the country – the heartland of the Biafran campaign – while staunchly advocating a fully national and unifying reform programme. Her manifesto, shortly to be made available online, is a dense 46-page document with a detailed diagnosis of every sector of public administration and government in the country – and her policies for each of them. If nothing else, she has introduced to the campaign something other than the usual vague promises and declarations, a welcome change.

This befits her background – a master’s graduate from the Kennedy School at Harvard, who worked with US economist and policy analyst Jeffrey Sachs. She was also a key figure in the “Bring Back Our Girls” campaign, while male politicians fidgeted and contemplated how to play the northern insurrection for political advantage, leaving the Chibok girls, who were kidnapped by Boko Haram, to their fate.

But elections along are unlikely to rescue Nigeria. The country may have to emerge from chaos by other means as old politics, patronage and corruption continue, and the other two main candidates lack a modern agenda.

But at least Nigeria has the largest economy in Africa. In Zimbabwe, which is undergoing the long-awaited transition out of the Mugabe era, the economy certainly isn’t thriving. Indeed, the November budget of finance minister, Mthuli Ncube, showed every sign of being a mere finger in the bursting dyke while seeking to appear liberal and socially conscious.

A 98-page, 420-paragraph document, it too covered every sector of public administration and expenditure. But its programme for revenue generation was brief. The country awaits outside investment and so the budget was at pains to appear fiscally responsible.

There was a real, but ultimately modest, attempt to anticipate the rigour and budget-slashing of an IMF rescue package – which surely must come. But a proposed 5% basic salary cut for senior government and other state officials will hardly affect those concerned.

Some 3,188 youth officers, employed by the Mugabe government in an effort to secure political support from the ruling party Zanu PF’s youth league, will also go. These youth officers were politically contentious even during the Mugabe years – as no one knew what they actually did in return for their government salary – but the IMF may well demand that ten times this number of government jobs are cut. As far as rigour and discipline go, Ncube’s budget has barely scratched the surface.

Treading water while waiting to be pushed under is not a pleasant position. So the budget trails the social consciousness of the government in modest ways. It reiterates the commitment to some form of compensation for white farmers, but waits upon studies and recommendations that may never be completed before final sums are allocated. It seeks to make sanitary products more accessible for poorer women, but will hardly solve the problem. It encourages the wine industry, but this looks like a cynical appeal to IMF officials who like to drink wine and is undermined by the product’s notoriously poor quality.

And this basically sums up the budget – a few dregs of wine trying desperately not to be vinegar.

Zimbabwe now awaits outside help much like it’s waiting for Godot. This help is not in any hurry to come and it will come with an insistence on substantial political reforms. Even the Chinese privately express their feeling that they need greater fiscal transparency before putting good money after bad. The budget’s measures towards transparency hardly impact upon the mountainous corruption that now is crushing Zimbabwe.

While both countries are undergoing change, Ezekwesili wants to take Nigeria forward, while Ncube wants to stop Zimbabwe sinking as fast as it could. And while Ezekwesili may well lay down a marker for the election after next, Ncube probably won’t be around when next there is an election in Zimbabwe.