Chinese investment in Australia is down 36%. It's time for a more balanced debate about the national interest

Calculating where America should invest in its transportation and communications networks

These three firms own corporate America 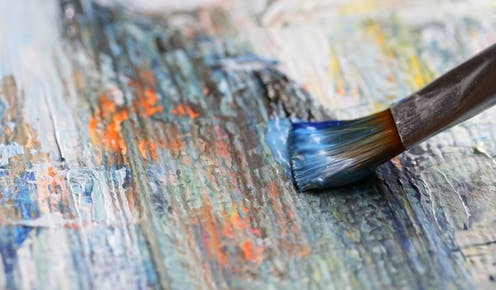 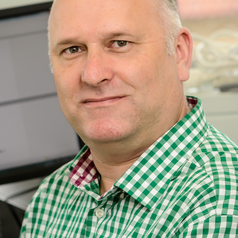 The key motivation for the Labour-led government in establishing the TWG was to investigate a fairer tax system. For reasons of simplicity, the TWG proposes broad exclusions from a capital gains tax, including a taxpayer’s primary home and all personal assets such as collectables and artworks.

I argue that this exclusion could nudge taxpayers towards investing in art.

My research explores how the tax system can promote the arts and fair reward for artists. But I am concerned by the lack of principle or clear purpose underpinning the TWG’s collectables recommendation.

Few countries specifically privilege artworks for capital gains tax purposes. But in the United States, artworks have long qualified for roll-over relief, whereby a taxpayer can sell an artwork but not pay tax on any gain if they reinvest in art. This roll-over relief has been eliminated by Donald Trump’s tax reforms, but investments in special economic development areas offer similar deferral opportunities or even elimination of capital gains tax liability.

A more common approach internationally is to include artworks in a general category of personal assets that are excluded, provided they are held for at least a year. France excludes sales of artworks or other collectables from a capital gains tax if the sale price does not exceed €5000 (about A$8,000). Similarly, the United Kingdom only taxes collectables sold for more than £6,000 (about A$11,000) but excludes other personal assets. In contrast, Australia taxes the gains on collectables bought for more than A$500 but excludes gains on personal-use assets bought for no more than A$10,000.

The problem of categories 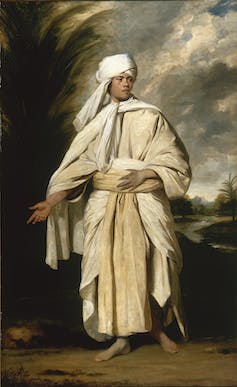 Portrait of Omai, by Joshua Reynolds, depicts Omai, a Pacific Islander who travelled to England with the second expedition of Captain James Cook. From Wikimedia Commons, CC BY-SA

But since plant or machinery used in a business is deemed to have a lifespan of fewer than 50 years, the Court of Appeal famously ruled that Omai, a 250-year-old painting by Sir Joshua Reynolds, was plant that did not attract capital gains tax on disposal.

Different types of assets may not fit neatly into either category: for example, furniture has a utilitarian function and eventually deteriorates but is commonly collected. It is a troubling thought that such policy distinctions may lead to a (presumably unintended) preference for the utilitarian over the aesthetic.

For the sake of simplicity, New Zealand’s TWG recommends excluding all personal assets, including collectables, from its proposed capital gains tax. Artists may incidentally benefit from such an exclusion. A wealthy person might choose to invest in artworks to hang on the walls of their tax-free principal residence. In Australia, the tax nudge is in favour of non-collectable personal-use assets.

An investor might even choose to invest in artworks rather than, say, listed shares. These investment decisions could have a beneficial trickle-down effect for living domestic artists, although purchasing works by internationally recognised artists with established track records may be a more attractive investment option.

Capital gains tax is an inherently complex tax. The complexities are exacerbated once politically necessary exemptions are introduced. Every deviation from the fundamental principle that all receipts should be taxed diminishes equity. But equity is not the only generally accepted tax principle. Efficiency, neutrality, sustainability and simplicity, among other criteria, should also be considered.

With regard to personal assets, the TWG has elevated simplicity above other pertinent considerations. Consequently, wealthy people might continue to receive tax-free capital gains by investing in their principal residence and collectables. This possibility would be unfair, inefficient, non-neutral and unsustainable. 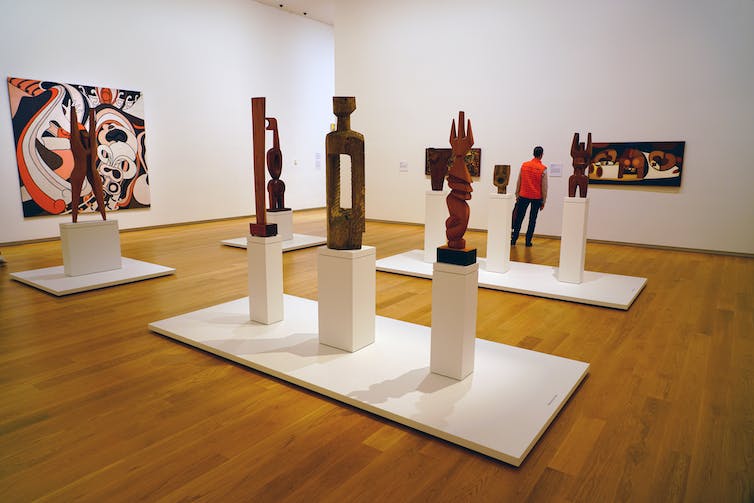 For more valuable artworks, a tax rebate could apply if an owner lends an artwork to a public gallery. from www.shutterstock.com, CC BY-SA

Promoting the arts in the public sphere and the economic well-being of artists is most effectively pursued through direct grants and subsidies, but a proportionate capital gains tax exclusion might also assist. For example, while roll-over relief in the United States generally benefited the art market, it may have been a disproportionate way of promoting public access to the arts or helping artists most in need.

A painting by an old master stored in a bank vault has no immediate social benefit.

So how might a tax exclusion benefit the arts and artists?

First, no distinction should be drawn, as Australia does, between personal-use and collectable assets, because a nudge towards personal-use assets may discourage investment in artworks.

Second, a cap on the value of excluded collectables, say NZ$10,000, might encourage purchases of less expensive artworks created by emerging local artists.

Third, for more valuable artworks a rebate might apply for public display. For example, if an owner lends an artwork to a public gallery for half the period they own it, a 50% rebate could apply. If the New Zealand government takes up the TWG recommendation for a capital gains tax, proposed exclusions could be modified to benefit the arts and artists. Australia might also usefully reconsider how it treats artworks for tax purposes.