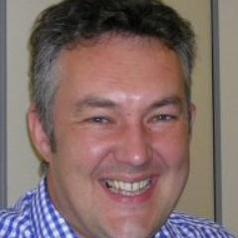 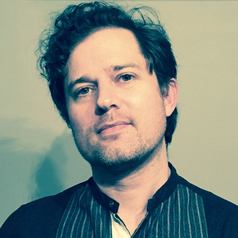 The Home Office has just published a new drug strategy. The last one was published by Theresa May (then home secretary) seven years ago. The world has changed a lot in that time – not least for May – and so have drugs and the health problems that governments must deal with. So has the strategy changed with the times?

The two central ambitions remain the same: to reduce the number of people who use drugs; and to improve recovery rates for those who develop problems with drugs. The Home Office continues to cite falling drug use in the UK as a sign that their policy approach to drugs is effective – but also concedes that drug use now appears to have plateaued. A more important indicator of success would be a fall in drug-related deaths. Sadly, these are on the rise. Deaths versus drug use. ONS

The new strategy acknowledges the significant rise in opiate-related deaths and the importance of using evidence-based interventions, so it is odd that a number of interventions known to help reduce drug deaths are either rejected or go entirely unmentioned, including supervised drug consumption rooms (places where users can safely use drugs without fear of prosecution), heroin-assisted therapy (where people are prescribed heroin) and decriminalisation of drug possession and use.

Notably, all three of these options have been recommended by the government’s expert advisory body, the Advisory Council on the Misuse of Drugs (a body whose contribution is mentioned by the home secretary in the strategy’s introduction, but whose evidence-based recommendations are routinely ignored). Drug consumption rooms, for example, not only reduce deaths but engage a hard-to-reach group in services that could provide support for drug users’ often complex needs.

Clearly, many factors contribute to the rise in drug-related deaths, but one of them is surely the government’s switch from focusing on harm reduction to focusing on recovery and abstinence. “Recovery” is mentioned 69 times in the new strategy, but “harm reduction” isn’t mentioned once.

And it’s not a case of either-or, but both. An effective drugs strategy needs to focus on abstinence, recovery and harm reduction. Which approach is needed for any individual needs to be decided by a healthcare professional, based on the best available evidence, not by politicians based on their political agendas.

A £22m cut in the drug-treatment budget

The Home Office provides a drug strategy, but it is local authorities that are responsible for commissioning services and initiatives that are meant to deliver on these recommendations. Drug treatment is one part of local authorities’ broader public health remit. Funding for public health has been squeezed beyond what can be achieved by “efficiencies”. Reducing drug-related health problems, including deaths, will not be achieved by cutting £22m from this year’s drug treatment budget.

So while the strategy boasts of ring-fencing funding for drug interventions, they are reducing the overall pot of money available for treatment.

No intention to decriminalise drugs

The strategy confirms that the government has no intention to change any drug laws – actively opposing decriminalisation of drug possession and use. But there is little evidence to suggest that criminalising users is an effective deterrent. Indeed, the Home Office’s own research in 2014 concluded: “We did not in our fact-finding observe any obvious relationship between the toughness of a country’s enforcement against drug possession, and levels of drug use in that country.”

Support for decriminalisation has come from a wide range of experts, including a report recently published by the World Health Organisation which called on all governments to repeal drug laws that have negative health outcomes. A similar position was advocated by the Advisory Council on the Misuse of Drugs, the BMJ,The Lancet, the Royal Society for Public Health and the Red Cross. The strategy could have addressed this by outlining how existing laws could be maintained, but extending non-punitive sanctions, such as mandating treatment, education (on the risk of using drugs) and support for the drug user and their family.

Alongside this new drug strategy is an evaluation of the last one. It acknowledges that while law enforcement can temporarily disrupt the drug market, it has only a temporary effect. The Home Office recognises that it has virtually no control over a “dynamic” drugs market such as the internet where some people obtain their drugs. The strategy paper also grudgingly admits that there has been a “disinvestment in treatment services”.

There is little point recognising that the UK has a problem with drugs, and that a strategy is needed to deal with it, and then ignore international evidence that provides solutions. The real crime is claiming to be in favour of evidence-based solutions while ignoring the evidence, including that of the government’s own expert advisers.

Harry Sumnall receives and has received funding from grant awarding bodies for drug and alcohol research. He is a member of the Advisory Council on the Misuse of Drugs (ACMD), is a trustee of the drug and alcohol prevention charity Mentor UK, and is a Board Member of the European Society for Prevention Research (EUSPR), but this article represents his personal opinions