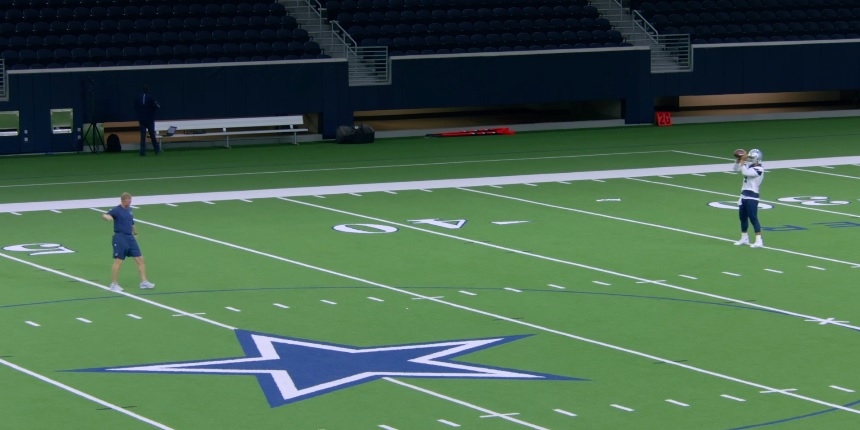 The National Football League (NFL) rumor mill is rife with speculations about Jason Garrett's future as the Dallas Cowboys head coach. Franchise owner Jerry Jones had another interesting statement in an interview addressing numerous analyses about Garrett's recent work with the Cowboys.

NFL rumors: Is Jason Garrett coaching the Cowboys after season 2019?

Various reports and analyses based on the Cowboys' performance over the past weeks have floated the question of whether Garrett would be reinstated as head coach after season 2019. The discussions were further ignited by Jones's comments on the team's coaching staff following a 13-9 loss from the New England Patriots on Week 12. "To me, special teams is 100% coaching. It’s 100% coaching," the franchise owner said while discussing the team's underwhelming performance.

Jones revisited the topic during an interview on 105.3 The Fan on Tuesday confirming that no drastic changes in the Cowboys coaching staff are in order before season 2019 is over. He explained that no one possesses all the answers that would allow an entire team to win the Super Bowl. "But there are qualified people," Jones added saying that Garrett is one of them. "In my opinion, Jason Garrett will be coaching in the NFL next year."

Meanwhile, Jones's choice of words about Garrett having a job in the NFL in 2020 caught the interest of several reports. Some have pointed out how Jones noticeably did not declare Garrett's future in the NFL would still be with the Cowboys. Considering that Garrett's contract expires after season 2019, the interest surrounding Jones's statement is understandable.

The Cowboys coaching staff is not the only one getting the attention of sports analysts and disgruntled fans. The Philadelphia Eagles are currently in a three-game losing streak, and it is now speculated that changes in the coaching personnel could happen soon.

The reigning Super Bowl champs are having an underwhelming 12 weeks so far after having 5 wins and 7 losses. ESPN's NFL commentator Chris Mortensen suggests that the staff changes could be significant, especially when the chances of reaching the playoffs would not get better. While Mortensen does not see head coach Doug Pederson getting fired, he expects Eagles owner Jeffrey Lurie to "hold people accountable" if the team continues its current performance.