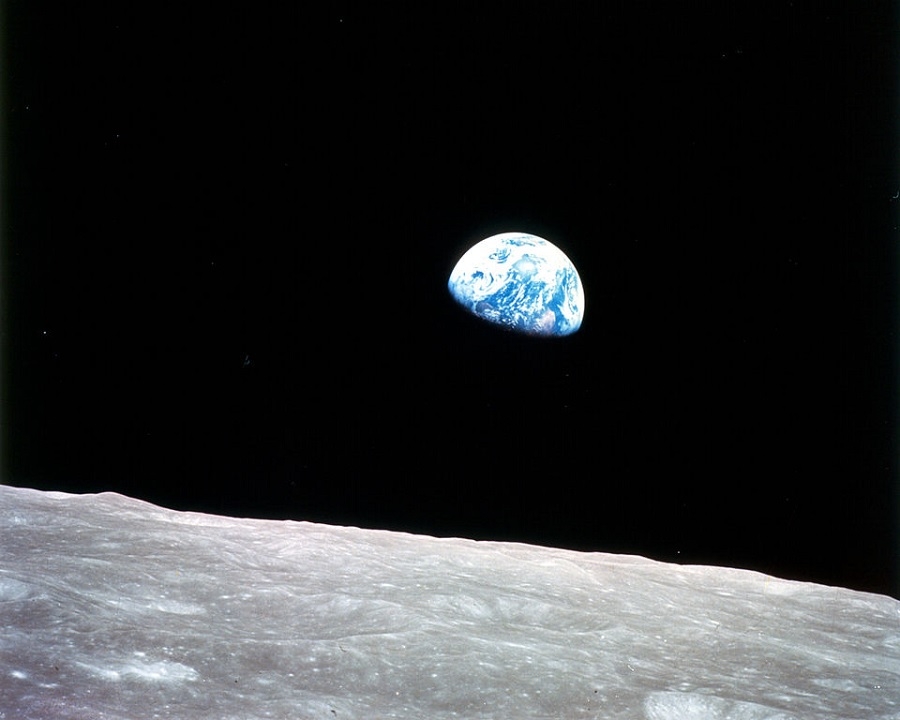 Humans now have plenty of ideas on how space looks like, thanks to the numerous missions that the National Aeronautics and Space Administration and other similar agencies have launched over the years. However, images taken by rovers and astronauts from space have also sparked several theories about UFOs and even alleged proofs of alien life.

Before the first humans landed on the Moon, NASA launched the Apollo 10 mission with the main objective of testing all equipment used by Neil Armstrong and Buzz Aldrin in the Apollo 11. However, Apollo 10 also resulted in one of the long-running theories of UFOs in space in a low-orbit near Earth.

The photo in question is not new as it was taken in the late ’60s during the Apollo 10 launch mission in May 1969. Now, YouTube channel Terry’s Theories has pulled up one of the images of the Earth taken in the mission from space and discussed some “strange-looking” block spots. The content creator suggests that the object appears to be symmetrical and introduced the theory that it could be a “plane or ship that could take a low-Earth orbit,” which the narrator recognized does not exist per the public records.

It should be noted that this is not the first so-called space mystery that came up from the Apollo 10. The show “NASA’s Unexplained Files” covered the story where the Apollo 10 astronauts reportedly heard a mysterious sound coming from one part of the Moon. One of the astronauts referred to it as "outer space-type music."

To make sense of the mystery, space historian James Oberg previously explained that the sound was not indicative of alien life or anomaly. Oberg concluded, “The noises were clearly some sort of interference between the two radios separated by tens of kilometers, and they were heard again on the following mission.”

Oberg also explained that, contrary to some people’s belief, the astronauts in this mission did not try to cover up the sound they encountered when they asked each other if they should report it. The space historian argued that every conversation during NASA missions is constantly recorded.