Myanmar coup: Junta threatens to jail those who show support of anti-coup resistance on social media 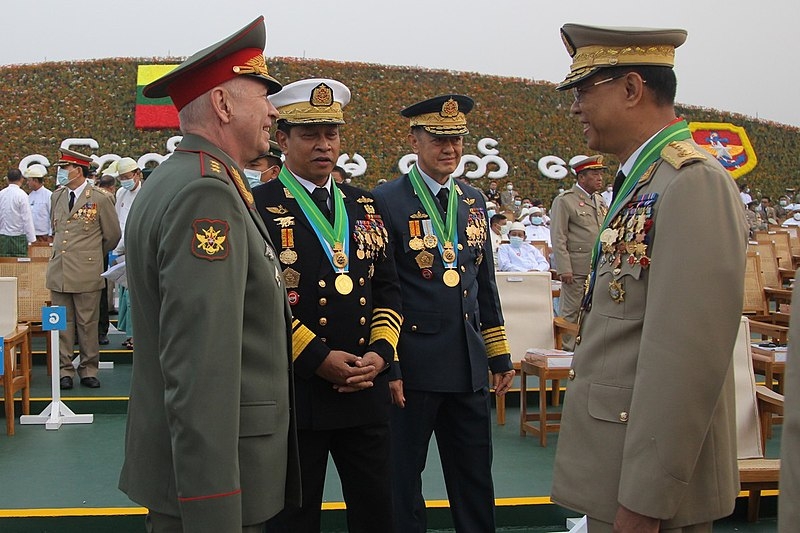 The military junta in Myanmar has now sought to crack down on those who show support for the resistance movement online. The junta threatened to send those who showed moral support for coup opponents on social media to jail.

The junta’s information minister and spokesperson, Zaw Min Tin, said during a televised news briefing that those who show support for the military’s coup opponents, which the junta has labeled “terrorists”, would be subject to prison sentences of three to 10 years.

Zaw Min Tin claimed the coup opponents were using funds to kill civilians in an effort to undermine stability in the country.

“If you donate money or support terrorists and their acts, you will face harsher punishments. We’re doing this to protect innocent civilians,” said Zaw Min Tin.

Myanmar has been under civil and political unrest since the generals seized power in a coup in February last year. The generals overthrew the elected government and engaged in a crackdown on those protesting the coup. Hundreds were killed, and thousands were detained by the military.

Since the coup, the junta’s opponents resorted to social media platforms to spread their message. Citizen journalists have also posted photos of protests and the atrocities committed by the military.

The United Nations has accused the junta of committing massacres and other crimes against humanity in its crackdown on opponents. The junta also executed four democracy activists this year, further fueling international condemnation.

The international community has also called for deeper engagement with the country’s shadow government, the National Unity Government, to include them in peace talks in the country. The junta has refused such requests.

Last week, the UN human rights office also called for further isolation of the junta as it failed to govern the country in a meaningful and sustainable manner.

The military carried out a strike at a school in the village of Let Yet Kone this week, killing at least 13 people, seven of which were children. The military claimed to shoot at the school because rebels were using the building as a hideout.

Reports by local media found that some people were killed on the spot, while others were killed when the military entered the village.