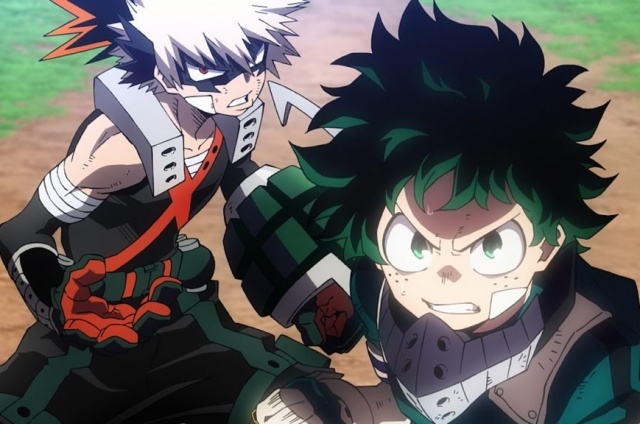 The chapter 278 of “My Hero Academia” has been delayed so it will not be available this week. When it returns, the heroes’ battle against Tomura Shigaraki will continue and this could be a very destructive event in the city.

Recap - what happened in the previous chapter

Last week, “My Hero Academia” chapter 277 was released and it was titled “Who..?” The title came about as Tomura Shigaraki repeatedly uttered this word while he was fighting Eraser Head.

Gran Torino and Eraser Head teamed up to battle Shiagaraki but they soon realized that their enemy’s power is way beyond their capacity and they can’t comprehend this phenomenon. With their realization, Endeavor commented that the villain’s strength is actually the same as with All Might so they have to work together to stop him or everyone will die in his hands.

Since this is a complicated case, Endeavor ordered everyone to be vigilant and use their powers as needed. He even told Katsuki and Deku not to wait for his orders anymore because, in situations like this, they should just immediately act according to what they think will be helpful to others.

In any case, Rock Lock told the heroes that Eraser Head is in danger once he faces Shigaraki so he told everyone to help Eraser and look out for him while they all fight their most powerful enemy to come yet. Deku did his job well and protected not just Eraser Head but Gran Torino as well by getting in the way when Shigaraki was trying to attack the two.

Seeing Deku, Tomura asked him to hand One For All to him but of course, he refused. Meanwhile, with their combined efforts, Endeavor was able to knock out Shigaraki but the villain was able to stand up again to launch a counterattack.

What will happen next

The fight is not ending soon and this will be the same scenario in “My Hero Academia” chapter 278. However, this may be a more intense fight as more heroes are expected to arrive in the scene to fight Tomura.

On the other hand, Shigaraki is also expected to gather his team to annihilate the heroes. He may be assisted by Spinner, Himiko Toga, Dabi and Skeptic in the fight.

Shigaraki’s target in “My Hero Academia” chapter 278 is Eraser Head and since he wants to protect his students, he will shield them from Tomura’s assaults. He will receive the powerful attacks but he may die since Shigaraki’s power is also too much for him to bear.

Fans will also see Katsuki Bokugo’s strength in ’“My Hero Academia” chapter 278 as he fights Tomura. As posted on Weekly Shonen Jump’s Twitter, this will be revealed on July 19 instead of the original scheduled date of July 12.