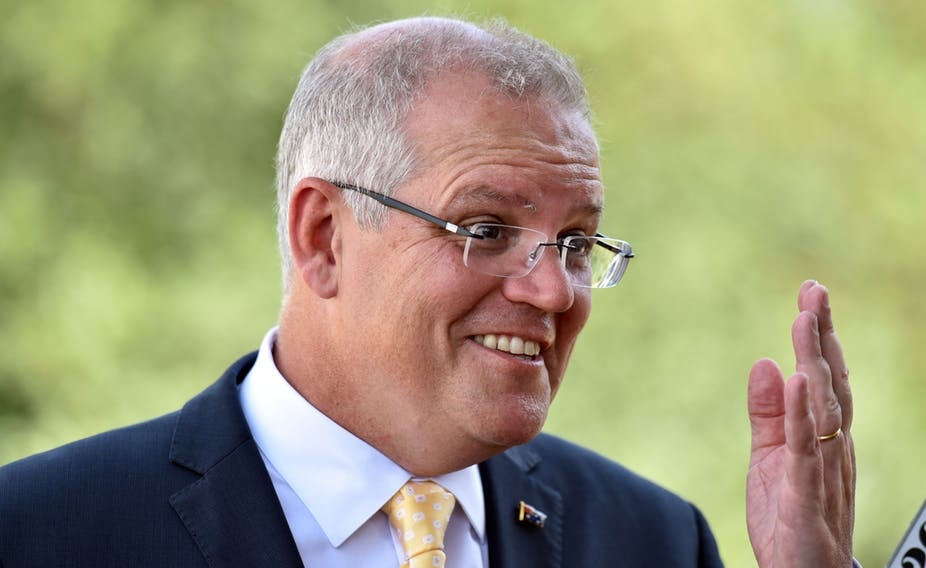 The plan will be backed by the April 2 budget and other announcements. in coming months, Morrison says. Mick Tsikas/AAP

A re-elected Coalition government would create 1.25 million jobs over the next five years, Scott Morrison will promise as he campaigns on the next stage of the government’s economic plan.

Beginning a tour of south east Queensland on Tuesday, Morrison will claim the title of “a jobs government” and also foreshadow announcements of “congestion-busting” infrastructure projects.

With Queensland containing many marginal seats, both leaders are putting time in there before the return of parliament. Last week Morrison was in the north of the state. His days in the south east will include campaigning with the embattled Home Affairs Minister Peter Dutton who is under heavy assault in his seat of Dickson.

In a major economic address in Brisbane on Tuesday, Morrison will point out that at the coming election only half of those of voting age will have been through a recession in their working lives.

He will talk up the government’s economic record, and say that “a strong economy is the foundation for everything else”, including spending on health, education, the NDIS and drought relief.

A weaker economy – which he claims a Labor government would bring – “will not produce a fairer Australia. It will not guarantee the essential services that Australians rely on,” the Prime Minister says in his speech, released ahead of delivery.

The proof of a strong economy is jobs, he says. “Under our government, over 1.2 million new jobs have been created.

"Last month, over 20,000 jobs were created taking unemployment down to 5 per cent - the lowest level in over 7 years. This government is delivering the same high employment economy that the Howard government delivered,” he says.

“This is a jobs government that is a creating a jobs economy.”

Morrison stresses that “everyone is sharing the benefits”, pointing to the lowest levels of working age people on welfare in 30 years, record highs in female participation, and more than 100,000 young people getting a job last financial year.

…back small and family businesses;

…drive all our industries forward, not just the new ones;

…work skills for all generations;

The plan will be backed by the April 2 budget and other announcements in coming months, Morrison says.

He says that as he moves around South East Queensland this week he will make fresh announcements of "congestion-busting investments”.

“Investments that will means families can get around the table at night for their evening meal, parents can help their kids with their homework, small business people can spend more time on the job than in the traffic”.

Morrison says a Shorten government would hit house prices, hurt business profitability and bring a return of the “old days of industrial conflict”.

“You can be sure the budget will unravel, because the last time Mr Shorten’s party delivered a surplus was in 1989!”, he says.