‘Money Heist’ season 4 air date, spoilers: Is this the final installment? Here’s when it is coming and other details to know 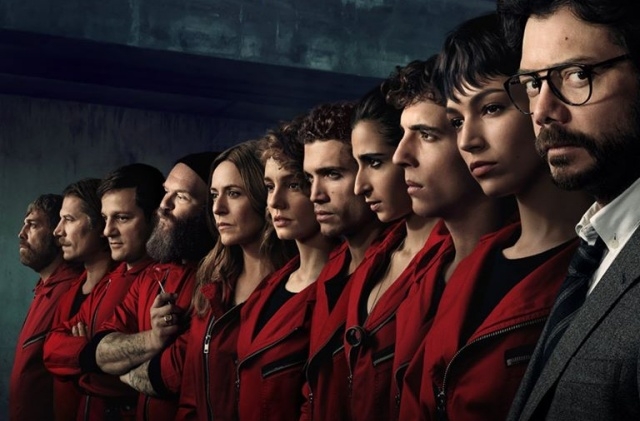 “Money Heist” season 4 is coming in a few months and this is already confirmed by Netflix. The series that was originally released as “La Casa de Papel,” is a Spanish crime drama that tells the story of a group of people and their highly organized theft crimes.

It was created by Álex Pina who sold the show to Netflix in 2017. After bringing “La Casa de Papel” to a larger audience, it immediately gained millions of viewers and this led to its early renewal for the new season. In other words, Netflix did not even think twice about renewing “Money Heist” season 4.

Spoilers - what to expect

Previously, the thieves gathered together as El Profesor made plans for a big heist that they will carry out in the Bank of Spain. However, they were cornered by the police and some of their members have been injured and some even lay dying like Nairobi. They also got into so much trouble after trying to rescue Rio who was caught by the cops.

With the obviously, bloody finale in the last season, “Money Heist” season 4 will show how the group will get out of this trouble. It will also disclose what will happen to the injured or captured members.

Then again, video teaser for “Money Heist” season 4 already revealed that Nairobi lived but the others’ fate is still unknown. Instead, it was predicted that Lisbon could die instead and as she is the woman that El Profesor truly loves, he will be enraged and war could break out between the thieves and the authorities.

Is this the final season?

There are rumors that say “Money Heist” season 4 will be the last chapter in the series. However, there are others who stated that the fifth installment is already in the works. With the conflicting reports, it is clear that there is no definite answer to this question yet. But still, with the strong viewership ratings, it is unlikely that Netflix will end this show soon.

“Money Heist” season 4 has been scheduled to return on April 3. What’s on Netflix reported that just like the other Netflix series, all 10 episodes will arrive at the same time.