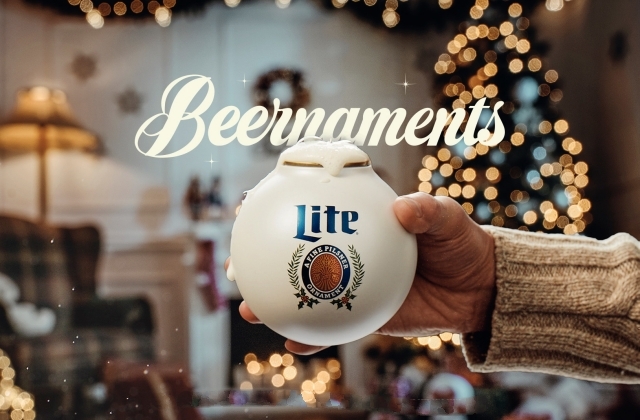 Miller Lite is coming up with something new for Christmas and it is a brilliant idea. The popular beer brand designed an ornament that can hold a beer and it is just perfect for this festive season.

The Christmas tree ornament that can hold an 8-ounce can of Miller Lite beer has been unveiled and it has been aptly called the "Beernaments."

This week, Miller Lite announced the arrival of its newest seasonal product, and apparently, the name was formed after fusing the terms "beer" and "ornaments." The Miller Brewing Company said it will start selling its alcoholic Christmas decors online and they will be available until supplies last.

As per Fox Business, the festive ornaments were designed to fit a can of Miller Lite beer and these can be hung on Christmas trees, or perhaps, they can also be placed on tables and arranged with other decors.

The introduction of Beernaments surely offers a unique way to have decors at home while also stocking beer cans that can be drunk for get-togethers this holiday season. It is indeed a creative means to celebrate with family.

At any rate, it was reported that Miller Lite Beer teamed up with actor and comedian, Jimmy O. Yang, to launch the Beernaments. He was tasked to explain the holiday magic behind the beer ornament through a funny video.

"We know that people are looking forward to more intimate holiday celebrations this year, which means more Miller Time with close friends and loved ones," global vice president of Miller brands, Sofia Colucci, said in a press release. "Our Beernaments are not only hilarious but a great way to keep the holidays bright for beer lovers everywhere, from drinks to décor."

Finally, fans can buy the Miller Lite Beernaments for just $19.75 per pack of 6. It will be on Miller's online shop until items run out.

"I honestly had no idea what to get my friends this year, and these Beernaments are going to be the biggest hit during the holidays for my friends, family, and fantasy football league. Who wouldn't want to drink beer out of an ornament?" comedian Yang as part of his promotion for Beernaments.